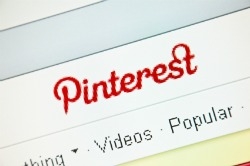 With Pinterest being all the rage, colleges are beginning to take notice and more are using the social networking website as part of their marketing efforts.

"Our primary motivation with Pinterest is to connect with several of our audiences, including our current students, alumni and prospective students," Aaron Jaco, digital media specialist at Drake University, told U.S. News & World Report.

Pinterest is the third most popular social media platform after Facebook and Twitter. Its growth from about 500,000 users in May 2011 to more than 11.7 million in January 2012 makes it one of the most rapidly expanding websites in history, Inside Higher Ed noted. The network allows people to share and collect content by pinning images, videos and content to their pinboards. Content themes include crafts, travel, home decor, health and more.

It aims "to connect everyone in the world through the 'things' they find interesting," NextGen Journal noted.

Oberlin College uses Pinterest to collectively tell a story about the school through students' and alumni's pins of clothing, recipes, art, books and the like. Targeting its undergraduates, Rutgers University hosts 15 boards -- Sports, Clubs and Recreation, Rutgers Gear and Notable Alumni, for example -- that portray the school's culture. There's even a Higher Ed pinboard that contains various schools and their pins.

More colleges and universities want to take advantage of the network but aren't sure whether they should invest in what could be a passing fad without real or measurable returns. It also isn't clear how school might reach their target audiences there, Inside Higher Ed explained. Part of the challenge is working within the framework of Pinterest's focus on authenticity, which perhaps eliminates obvious self-promotion.

Drake University, which maintains 17 boards with themes like Rad Room Decor and Study Inspiration, purposefully uses Pinterest to inform rather than sell.

"The more we can engage in a friendly, non-sales way, the better," Jaco said.

Keeping content fresh, too, takes work. Consequently, some schools, like Muhlenberg College, are holding off on using Pinterest until they can better define an effective strategy.

"When we do jump in," said Bill Keller, Muhlenberg College's new media specialist, in Inside Higher Ed, "I want to make sure it's a strong footprint with solid intent behind it."

"Colleges Use Pinterest to Reach Out," nextgenjournal.com, April 17, 2012, Nicole Leonard