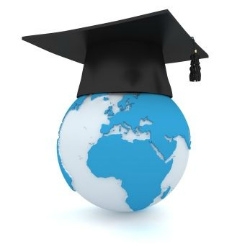 Colleges and universities in the United States are attracting more international students, both to increase revenue and diversity.

According to The Washington Post, the total number of foreign students attending the University of Virginia, for example, rose 44 percent from 2009-2010. Tuition for each of these students runs $36,788 per year, and foreign students typically do not require financial help from universities. As a result, international students are providing a significant financial boost to many institutions' bottom line, at a time when states are cutting back on funding for education.

It's no wonder, then, that foreign student enrollment is growing. According to the Institute of International Education's 2010 Open Doors report, the number of international students in U.S. institutions grew 2.9 percent in 2009-10 to 690,923 students.

But most college and university officials say that recruiting international students is less about finances and more about increasing diversity on campus.

Mark G. Reid, executive director of international admissions at the University of Miami, agreed. "In a business classroom, where you are talking about global economies, if you have students from Asia and Europe, they see things in very different ways," he told Miami Today. "Most American students wouldn't hear that unless they lived abroad."

U-Va. officials said the same about international students there. The Washington Post noted, for example, that a discussion about the Chinese government's ban on Facebook can become more meaningful when a student elaborates on what it's like to live with the prohibition.

Florida International University has also seen significant growth in their number of international students. The school enrolled a total of 44,010 students in 2010, with about 3,000 from abroad. Douglas Wartzok, FIU's provost and executive vice president, told Miami Today that foreign students make up about 7 percent of the student body, and that number is expected to increase.

It's going from "3,000 international students to about 4,500 students," Wartzok said in Miami Today. "It's a fairly significant growth."