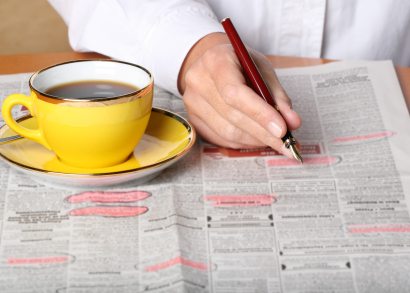 The global job market appears to be improving, albeit slowly.

"It' s across the board, it's in virtually every segment, every professional or occupational sector, we are seeing increases in demand," said Monster Worldwide Inc. Chairman and Chief Executive Sal Iannuzzi, in an interview with The Wall Street Journal. "The mood, the discussion, for our customers is much more positive than it has been. It looks like it's sustainable."

Last week, Monster reported a 17 percent increase in bookings during its first quarter--the greatest growth since the recession began. The Journal explains that bookings are the dollar value of contracts signed in the quarter and can be seen as future revenue.

"That it is the first time in a number of quarters that the numbers have been going in a positive direction that we have reason to believe that improvement is real," Iannuzzi was quoted as saying by the Journal.

"What we are seeing overall is that companies are shifting from cost-containment to expansion," said Jennifer Grasz, a spokeswoman for CareerBuilder who was quoted by the Tribune.

Yet recovery still has a long way to go. According to the Illinois Department of Employment Security, the number of employed workers in the state rose in March to 5,904,300 from 5,883,300; however, the unemployment rate increased from 11.4 to 11.5 percent.

"The recovery in jobs is going to remain extremely uneven and slow," said Diane Swonk, chief economist for Mesirow Financial, who was quoted in the Tribune, "but we finally stopped the layoffs and we've begun hiring on the margins."

Meanwhile, the local job market in North Texas is picking up slightly as well, reports the Fort Worth Star-Telegram. Posting are up on Web sites such Jobing.com, and area networking groups note that more people are beginning to find employment.

"Everything is improving, even if it is just a slowdown in the rate of decline," said Cheryl Abbot, an economist at the U.S. Bureau of Labor Statistics in Dallas who was interviewed in the Star-Telegram. "That has to occur before you start to see growth."