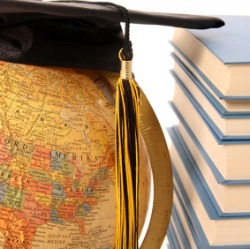 A growing number of international students are choosing to enroll in U.S. colleges and universities, a trend that not only helps boost the U.S. economy but also adds diversity to college campuses.

According to U.S. News & World Report, a report by the Institute of International Education found that a record number of international undergraduate and graduate students were enrolled at U.S. institutions during the 2012-13 academic year. The number of international students studying in the U.S. has increased for seven consecutive years. USA Today reported that the most recent figure increased 7.2 percent over the previous year. Nearly half of these students came from China, India and South Korea and significant increases were found in the number of students from Saudi Arabia and Brazil.

As USA Today pointed out, the trend reflects a desire among U.S. colleges and universities to have more diverse campuses. The Wall Street Journal noted that the trend is also a result of aggressive international recruiting due to institutions' need for more revenue. Because international students pay higher tuition rates and fees, they boost revenue for institutions that suffer from decreased public subsidies and/or low enrollment. Furthermore, most foreign students are not eligible for U.S. government financial aid programs and, as U.S. News & World Report noted, typically do not rely on U.S. scholarships.

Nonetheless, many international students seem to gravitate towards U.S. institutions on their own. Yige Li, for example, told U.S. News & World Report that she chose to study at Missouri's Westminster College even though her home city of Beijing has a variety of high-quality schools.

"Many students in China have to decide their major before entering into college," said Li. "They don't have any more chances to discover what their views are and what kinds of opportunities they have. I think the universities [in the U.S.] provide a kind of freedom for students to choose their own path. That attracts me."

Eddie LaMeire, CEO of LaMeire College Consulting, who has also worked in admissions and outreach at a variety of private universities and the University of California system, told CityTownInfo that many international students -- particularly those from China, India and South Korea -- prioritize education so studying in the U.S. is an obvious choice.

According to USA Today, the number of U.S. students studying abroad also increased, though not as much as their international counterparts. U.S. students studying abroad increased 3.4 percent in 2011-12, the latest year for which data are available. The report noted that fewer than 10 percent of all U.S. undergraduates will study abroad by the time they graduate and most U.S. students who do study abroad only do so over the summer or for eight weeks or less. LaMeire speculated that the lower percentage reflects logistical issues.

"We have massive oceans off either coast," LaMeire told CityTownInfo. "Most coveted study abroad locales take a long time to get to."

"Did you go on European vacations as a kid? Does Mom do business travel to China? Did Dad always reminisce about his study abroad semester in Genoa? If yes, I'd guess your odds of sampling school overseas are far higher," he said.