More Lawyers Take Jobs That Do Not Require Law Degrees 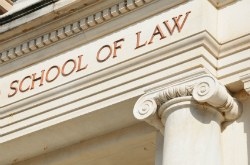 As law school graduates face one of the worst job markets in history, many are opting to take jobs that do not require law degrees.

Stacy Zaretsky, editor of Above the Law, told U.S. News & World Report that according to the National Association for Law Placement, only 68.4 percent of 2010 graduates landed jobs that required bar passage. "I can only assume that law school career services offices are feeling the effects of the employment rates," Zaretsky said.

Others say that the percentage of law school graduates employed in positions that do not require a law degree could be even higher. According to Brian Tamanaha, a professor at Washington University in St. Louis School of Law, 50 percent or fewer of 2009 graduates from 30 law schools accredited by the American Bar Association had jobs that required a law degree after nine months. Tamanaha, who was quoted by The National Law Journal, based his analysis on data compiled by the advocacy group Law School Transparency.

Art Gaudio, dean of Western New England College School of Law, explained that the ABA dropped the so-called "J.D. preferred" question because members were uncomfortable with the way different types of jobs are defined. He added that there are plans to develop an improved definition of the question and to include it on the survey for the class of 2011.

Nevertheless, some critics have claimed that the ABA eliminated the question this year to protect law schools from what would clearly be unfavorable statistics. "The legal employment rate is a basic yet crucial part of informing prospective law students," noted Kyle McEntee, executive director of Law School Transparency, who was quoted by the National Law Journal. "The failure to require law schools to disclose this rate legitimizes questions about whether the section is a body captured by special interests."

Regardless, prospective law students appear to be getting the message that law school does not necessarily guarantee a lucrative career. According to the Star Tribune in Minnesota, applications to law school have slowed considerably, and the number of students who took the Law School Admission Test this summer dropped 18.7 percent.

Yet admissions officers say that's not necessarily a bad thing. "Frankly, for many years, there were many students who went to law school because they didn't know what to do," said Cari Haaland, assistant dean of admissions for the University of St. Thomas School of Law, who was interviewed by the Star Tribune. "Now, prospective students are thinking more critically about the decision."