More Parents Are Saving For College 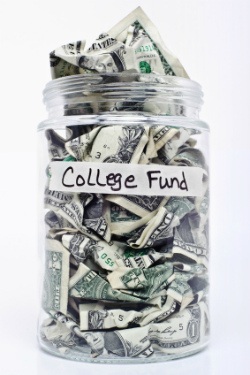 A new study has found that more parents are saving for their children's college education. Unfortunately, however, the typical American family is expected to cover just 16 percent of college costs.

Fidelity Investments' fifth annual College Savings Indicator study, which was released this week, found that 67 percent of parents have begun saving for college costs. Five years ago, that number was just 58 percent. But the Indicator, a calculation of the percentage of projected college costs the typical American family is expected to cover, was 16 percent--the same as last year, and down from 24 percent in 2007.

"Families are planning earlier and saving more efficiently," explained Joseph Ciccariello, vice president of Fidelity Investments College Planning, "yet with college costs increasing 26 percent in a five-year period, saving for college will continue to be a challenge."

The study also found that more parents are starting to save for college while their children are in preschool. Forty percent of parents of preschool-aged children have started a college fund--up from 27 percent in 2007--even though 60 percent of those parents are still paying for their own student loans.

"You're seeing more of these parents start to save in the preschool years," said Ciccariello, who was quoted by Time. "They don't want to saddle their son or daughter with the same debt."

The Fidelity study found that parents are also increasing strategies to keep higher education costs down. For example, nearly half have their children live at home and commute to school, compared to 38 percent who did so five years ago.

That statistic in particular indicates how finances have impacted parents' and students' expectations of college. "I hear parents say all the time that they want their child to have a certain kind of social experience in college," wrote Michelle Singletary in The Washington Post. "They argue that it's important for their child to live on campus or in an apartment near campus. Really? Is it important enough to double the expense of college? Is it important enough to mire your kid or yourself in debt for decades?"

Interestingly, living at home to reduce college costs is also a strategy listed in another new report that lists characteristics and behaviors of students who graduate college with no debt. The report was written by Mark Kantrowitz, publisher of Fastweb.com and FinAid.org, and it found that a total of 1.7 million students, or about two-fifths of undergraduates, graduated from college with no debt in 2007-8.

Some other methods listed by Kantrowitz proven to help reduce college costs included enrolling at an in-state public college, signing up for two-year or shorter programs, and spending less on textbooks.

"Characteristics of College Students Who Graduate With No Debt," finaid.org, August 24, 2011, Mark Kantrowitz

"How Students Can Help Their Parents Pay for College," washingtonpost.com, August 24, Michelle Singletary