More Private Colleges Offer Scholarships But The Aid Is Not For Students With Financial Need, Study Finds 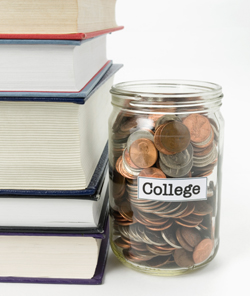 According to a recent College Board study, more and more private colleges are offering institutional grant aid, or scholarships, to students.

U.S. News & World Report stated the discount rate, or the difference between a college's published price and the actual amount of tuition and fees that is collected, at private colleges is approximately 33 percent. In other words, in 2008-2009, private colleges only collected about 67 percent of their advertised tuition price. In 2007, federal statistics showed that the average scholarship offered by private colleges was $9,500, up from $6,600 in 1999.

Inside Higher Ed reported that while private colleges are the biggest discounters, the practice is also seen within public institutions. The average discount rate at a public four-year college was 17.6 percent in 2007-2008 and 12.6 percent at public two-year colleges.

However, providing greater access to higher education for those in financial need is not the only reason colleges are offering more scholarships, pointed out the authors of the study. According to the report, aid is used to strategically improve a colleges academic profile and Inside Higher Ed added that eventually the practice became commonplace.

Furthermore, U.S News & World Report noted that college officials do not lower published tuition prices out of fear that it would drive applicants away as many students and parents believe that higher tuition prices mean higher quality education, a phenomenon known as the "Chivas Regal effect".

According to Inside Higher Ed, critics of the practice say that it steers aid towards students who can pay more in tuition and fees while also inflating the sticker price of college and, thus, discouraging less affluent students from applying to certain schools. "There was a sense in which the very first institutions that engaged in this practice did in fact move up the food chain," said Barmak Nassirian, associate executive of the American Association of Collegiate Registrars and Admissions Officers. "The problem is, the next thing you know everybody and their uncle is doing it, and you are not really likely to leapfrog among your peers [once discounting is commonplace]. And the net effect is that hundreds of millions of dollars of resources are being distributed to people on the basis of attributes other than their unmet need." Jane Wellman, head of the Delta Project on Postsecondary Education Costs, Productivity and Accountability, added, "You would not conclude from this [data] that financial aid is being used strategically to meet the goal of access."

W. Kent Barnds, vice president of enrollment, communication and planning at Augustana College defended the practice and told U.S. News & World Report that if schools lowered their prices to what a typical student actually pays, wealthier students would pay less and, therefore, there would not be extra tuition to fund lower income students who cannot afford the average price.

Career and Education News
Home >
News>
More Private Colleges Offer Scholarships But The Aid Is Not For Students With Financial Need, Study Finds