More Professors Use Social Media as a Teaching Tool 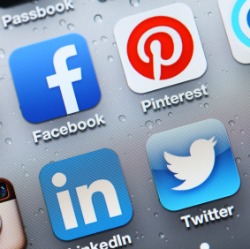 A recent survey showed that more and more educators are using social media as a teaching tool in the classroom.

As reported by Inside Higher Ed, the annual survey, conducted by Babson Survey Research Group and Pearson, found that 40 percent of college faculty members used social media as a teaching tool in 2013; that is up from 33.8 percent in 2012. Jeff Seaman, co-director of Babson Research Group, stated that faculty members' use of social media in the classroom has steadily increased since the survey was first conducted in 2010.

According to a press release, nearly 8,000 college faculty from all disciplines were asked about their professional and personal use of social media. Responses from educators showed that social media has had both a positive and negative impact on the classroom. For example, as Inside Higher Ed reported, nearly 60 percent of faculty said that the use of social media as a teaching tool has created a better learning environment for students. Moreover, 78.9 percent said it has increased faculty and student communication. However, despite these advantages 56 percent said that the technology can be distracting and many said it resulted in longer working hours and increased stress.

When it comes to social media as a teaching tool, blogs and wikis were the top platforms used by educators. Podcasts, Twitter, LinkedIn and Facebook were also incorporated in the classroom. Faculty members in the humanities and arts, professions and applied sciences and the social sciences reported using social media as a learning tool more than faculty in the natural sciences or mathematics and computer science.

Dr. Benjamin Balak, associate professor of economics at Rollins College, told CityTownInfo that he has been using discussion boards, wikis and Facebook as teaching tools in his classroom. Dr. Balak has Facebook groups set up for each of his classes and students can post homework and discuss it with him, peers and former students. Dr. Balak noted that this inter-generational interaction was something that he appreciated.

"The original idea was to create a space in which students could blend their academic work with their social life which is, I believe, in a sense what it is to be an intellectual," said Dr. Balak. "This plugs students into multiple intellectual discussions both within the class as well as beyond it -- discussions can include students, former students, and alumni, as well as other faculty and intellectuals with relevant interests and expertise."

Deona Hooper, MSW, founder and Editor-in-Chief of Social Work Helper who also works as a professor and guest lecturer, expressed similar sentiments. Hooper told CityTownInfo that she has used Twitter to organize discussions across multiple universities in real time. She has also used Twitter to facilitate discussions during guest lectures, which she said creates an interdisciplinary conversation by giving students immediate access to students from different time zones and disciplines.

"Twitter allows educators to extend the conversation outside of the classroom, and it removes geographical barriers to disseminating information and resources," explained Hooper.

Despite the positive impact, there are still some concerns. According to the press release, the top two concerns about social media in the classroom that educators cited were the integrity of student submissions and privacy. Indeed, both Dr. Balak and Hooper told CityTownInfo that student privacy was a concern for them.

"Perhaps the chief concern is students' privacy, especially when I want them to be honest, open, and critical of real-world economic issues," said Dr. Balak.

In order to address this concern, Dr. Balak said he restricts his Facebook groups or moves discussions to other platforms such as WordPress and Google+, which gives students greater control over who sees what.

Some educators, however, have not had such success with social media in the classroom. Leslie Bowman, author, academic coach, and online professor told CityTownInfo that she has set up various types of social media activities for her students via Facebook and Twitter, but found that students did not want to participate in the "extra" work. As a result, Bowman said she now has professional social media accounts where she posts tips and interesting and useful information. She invites her students to follow her, but does not go much more beyond that.