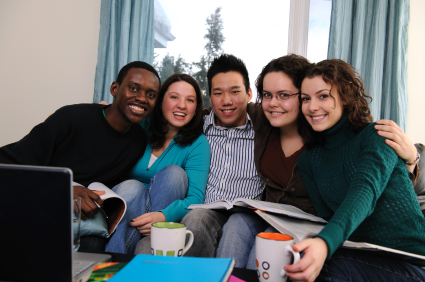 More colleges are offering gender-neutral dormitories to their students, a living arrangement which allows men and women to share rooms.

"College students are adults," explained Chang to the LA Times. "They have every single right to choose the person they feel most comfortable living with."

The idea began as a way to accommodate gay, bisexual and transgender students who were more comfortable living with those of the opposite sex. Most schools discourage those who are romantically involved from participating, and heterosexual platonic friends sometimes prefer the arrangement.

Although officials do not expect the idea to be implemented at most schools, some institutions are beginning to offer the option. Yale announced last month that it will provide a coed housing option to seniors next year as part of a pilot program, reports the Yale Daily News. Students will be able to live in mixed-gender suites but not mixed-gender bedrooms.

At Pomona College in California, the Student Affairs Committee recently approved a proposal that will permit students to live in a one-room double, two-room double or suite with any other student, regardless of gender, after their first year.

Stephanie Almeida, a junior who helped draft the proposal, noted that the college's current housing restrictions do not consider the preferences of all students. "The restriction operates under a number of assumptions: that everyone must fit neatly into the category of male or female, that your gender identity should determine who you live with, and that all people will live best--or at least not romantically--with a person of the same sex," she told Pomona's student publication, The Student Life. "The new policy is an important statement against those assumptions."

Deanna Bos, housing director and adviser of the Associated Students of Pomona College Residence Hall Committee, noted that ultimately, the new housing policy was about equality.

"If you are not allowing the same options for everyone because you have restrictions based on gender, that's a problem," Bos was quoted as saying in The Student Life. "We have homosexual students, bisexual students, transgender students. In the past, I haven't been able to offer a solution to students having gender issues. It's not fair and it's a restriction I'd like to see taken away."