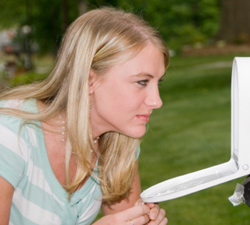 For months, high school seniors around the country have been waiting to hear back from the colleges they applied to. Some, however, may have to wait even longer. The Washington Post reported that more colleges are using admission waitlists and the lists are getting longer.

This increase in applications has put many colleges in a tough spot. With limited spaces available and more difficulty predicting how many admitted students will actually enroll, colleges have started utilizing waitlists more than before. According to the National Association for College Admissions Counseling (NACAC), 39 percent of all colleges used waitlists in 2009 and this year, many schools added more students to those lists.

Waitlists put students in tough spot as well though. While some are comforted by the fact that they haven't received an outright "no", others feel it's just a nicer form of rejection.

Daniel J. Green, the associate vice president for enrollment at Meredith College told The Washington Post's Jenna Johnson, that the reason students make it on the waitlist, instead of receiving an acceptance letter, is that they were not the college's top choice.

"...Unless there is some compelling program, opportunity or reason for hanging on for that positive admission decision, the best bet is to take yourself off the waitlist and move on," said Green.

William R. Fitzsimmons, Dean of Admissions and Financial Aid at Harvard University, was a bit more optimistic. Fitzsimmons told The Harvard Crimson that students get placed on the waitlist because they may have a realistic chance of gaining admission in later stages.

"If there were no chance you were going to take a person off the waitlist, it would be a disservice to the applicant," he said.

Still, many critics argue that waitlisting serves other purposes, such as placating families with close financial ties or accepting legacy children who are under qualified.

The Daily Pennsylvanian reported that students have mixed feelings as well. The University of Pennsylvania placed 2,400 students on its waitlist this year.

Many seniors, such as Maggie Axelrod, decide to attend other colleges after learning of their waitlist status. Others, however, think it's worth it to see things through.

"You definitely get a bit frustrated just sitting around, but I wouldn't change what I did," said Whitney Mash who was accepted off Harvard's waitlist near the end of June 2010. "Good things can come to those who wait."