More Students Opt For A Gap Year Before College 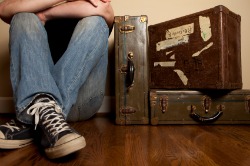 As competition for spots in undergraduate classes rises, more students are choosing to take a "gap year" between high school and college, allowing time to travel, volunteer, work and explore other activities for personal growth.

According to ParentDish, the concept of a gap year is common in Europe, where students take a brief break from their studies to engage in nonacademic activities of their choosing. Students, some of whom are burned out after high school, have the chance to pursue other learning opportunities that will add to the collection of experiences they bring to college.

David Hawkins, director of public policy for the National Association for College Admission Counseling, said the increase in businesses that organize gap year programs indicates a growing number of students who participate in them, The News-Times reported. However, he admits that not all of these programs are worthwhile and encourages students to prioritize their time off wisely.

"Counselors tend to focus on programs that have some educational value, that help you experience something that would help you academically or professionally," he said. "If students are borderline academically, a good program between high school and college can increase their persistence."

Although there is not a measure of students who take gap years, a recent survey of 300,000 first-time freshmen at four-year colleges and universities revealed that 1.2 percent waited a year to enter college, according to data from the Higher Education Research Institute at the University of California, Los Angeles as cited in The Wall Street Journal.

It is becoming more commonplace for colleges and universities, such as Amherst College, Princeton University and Massachusetts Institute of Technology, to adopt formal policies allowing students to defer admission. "Gap fairs," which promote a variety of programs, have multiplied fourfold over the past four years.

Holly Bull, president of the Center for Interim Programs, said the value of a gap year for students is the opportunity to determine the direction of their lives. Bull insists that this choice cannot be forced upon students and that they should be given the freedom to develop their own personal goals.

While proponents of the gap year are quick to point out exciting opportunities like traveling overseas and learning a new language, some experts believe a lack of structure might derail students from achieving their goals.

"If you're going to loiter around the margins of life for a year, you may be better off in the classroom," said Barmak Nassirian, associate executive director of the American Association of Collegiate Registrars and Admissions Officers.

"Gap year can be a good fit for the right student," newstimes.com, December 16, 2010, Eileen FitzGerald

"More High School Students Want to Take a Time Out for a Year Before College," parentdish.com, December 29, 2010, Mary Beth Sammons