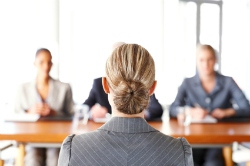 According to a recent study, more young women now want a successful, high-paying career than their male counterparts.

As reported by Life Inc. the study, released by the Pew Research Center, is based on two surveys that were conducted in 2010 and 2011. The results from these surveys were then compared to a similar survey from 1997. The results showed that 66 percent of young women ages 18 to 34 said that having a successful high-paying career was "very important" or "one of the most important things in life". When it came to men of the same age, however, 59 percent rated a successful career as high. This trend is quite different from 1997 when 56 percent of young women and 58 percent of young men rated a successful career as important.

Although researchers did not explore the reasons behind the role reversal, USA Today noted that it may be due to the fact that in recent years more women than men have pursued higher education.

"In the last few decades, women have made major gains in higher education," said Kim Parker, associate director of Pew's Social & Demographic Trends project, to USA Today. "This younger generation of women are more highly skilled and educated, so they can compete in a different way."

Indeed, various research has shown that more women are earning degrees than men and that the gender wage gap is narrowing.

The Washington Post took a difference stance, however, noting that the Center for American Progress released a report showing that many mothers who are in the workforce are there out of economic necessity.

Researchers stated that it is unclear whether women will still be as ambitious once they get older. According to the study, 42 percent of women and 43 percent of men ages 35 to 64 placed a successful career high on their list of life priorities.

"It'll be interesting to see if this plays out for [young women] or if they end up running into glass ceilings or too many challenges in terms of balancing work and family," said Parker to Life Inc.

"[Young women are] not backing away from wanting a successful marriage and wanting to be a successful parent. They're saying they want all of those things," said Parker in Life Inc.