Morning Interview Could Strengthen Chances of Getting Job 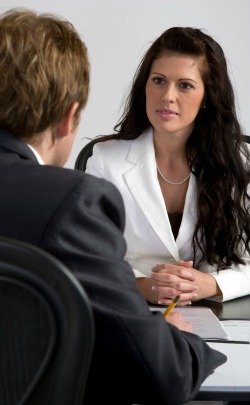 For individuals seeking employment, the time of their job interview could heavily impact their chances of success. According to a recent press release, Psychological Science conducted a study revealing that employers compare applicants to others interviewed on the same day as opposed to comparing them to all individuals in the applicant pool -- a concept known as "narrow bracketing."

Researchers examined ten years of data for over 9,000 MBA interviews. They found that strong candidates interviewed earlier in the day negatively impacted the scores of candidates interviewed later, regardless of the applicants' qualifications. Uri Simonsohn of the University of Pennsylvania's Wharton School and Francesca Gino of Harvard Business School hypothesized that interviewers were reluctant to give high scores to too many individuals on the same day: "People are averse to judging too many applicants high or low on a single day, which creates a bias against people who happen to show up on days with especially strong applicants." Even highly experienced interviewers, as BusinessNewsDaily noted, were guilty of narrow bracketing.

The press release explained that when the average score for early-day interviewees increased by 0.75 on a 1 to 5 scale, the projected score for the next candidate dropped by approximately 0.075. To compensate for the drop, which increased further into the day, that next candidate would need 30 additional GMAT points, 23 more months of work experience, or 0.23 more points in the written application's assessment.

As Yale economist Robert Shiller discussed in Life Inc., the concept of "narrow bracketing" can transcend beyond interviews into situations such as scoring Olympic gymnasts or grading exams: "If I've been giving out a lot of A's, for instance, I might feel like I have been giving out too many, and have to give a lower grade to the next student." The study refers to such reasoning as being "disproportionately reluctant to evaluate four, five, or six people in a row in too similar a fashion."

Life Inc. pointed out that a flaw in the study's conclusions is that applicants have no control over the strength of other individuals being interviewed on a given day. However, as the study suggested, getting an early morning interview slot can still help one perform better in the eyes of potential employers. By snagging an early-bird interview, the candidate is more likely to be evaluated based on his or her merits, and avoid bias due to previous candidates' success rates.

"To land that job, be among the first interviewed, study shows," lifeinc.today.com, January 23, 2013, Jacoba Urist

"Want to Ace That Interview? Make Sure Your Strongest Competition Is Interviewed On a Different Day," psychologicalscience.org, January 17, 2013