CareerCast.com Identifies Most and Least Stressful Jobs of 2014 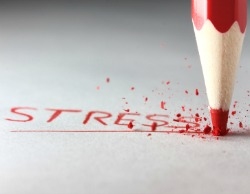 If your new year's resolution is to find a new job this year, you might want to consider -- or avoid -- the careers that made it on to CareerCast.com's list of the least and most stressful jobs for 2014.

According to CareerCast, 200 careers were reviewed for this year's list. Eleven factors were measured to determine each career's stress level. These factors include travel, growth potential, deadlines, exposure to the public eye, workplace competitiveness, physical demands, environmental conditions, life risk, hazards encountered, meeting the public and risk of other people's lives. Each career was given a stress score; the higher the score, the more stressful the job. Forbes noted that the list is based off of an annual best and worst jobs list that began in 1995. This is the fourth year that CareerCast.com has compiled its least and most stressful jobs list.

As a press release reported, the most stressful job for 2014 is that of enlisted military personnel. Military general came in second, followed by firefighter, airline pilot and event coordinator. Other careers on the list include public relations executive, senior corporate executive, newspaper reporter, police officer and coming in at No. 10, taxi driver.

Tony Lee, CareerCast.com publisher, told The Wall Street Journal that supply and demand kept compensation low for some careers, despite their high levels of physical or psychological stress.

"Through the downturn, cities weren't hiring, so they didn't have to pay more to fill positions like firefighters or police officers," explained Lee in The Wall Street Journal. Lee went on to discuss how colleges are still graduating journalism students at high numbers, despite the industry's bleak outlook.

"Despite what's happening in that industry, you still have a lot of college grads who want to be newspaper reporters," said Lee.

When it comes to the least stressful jobs, on the other hand, CareerCast.com found that audiologists ranked No. 1, followed by hair stylist, jeweler, tenured university professor and seamstress/tailor. Other careers that made it into the top 10 include dietitian, medical records technician, librarian, multimedia artist and lastly drill press operator. Although these jobs may be less stressful, CareerCast.com pointed out that most of them require a higher level of education -- of these 10 careers, half require at least a bachelor's degree. Tenured university professors need postsecondary education and more and more states are requiring audiologists to earn a doctorate degree.

According to The Wall Street Journal, the list for 2014 has not changed much from last year. Stress levels, however, do seem to be decreasing, based on overall stress scores.

"For some jobs, the hiring outlook might've improved a little or the salary might've gone up," explained Lee in The Wall Street Journal.