Most Overused Buzzwords on LinkedIn Profiles 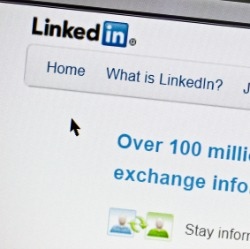 LinkedIn released its fourth annual list of the most overused buzzwords on its members' profiles. These buzzwords, however, are not necessarily bad so before you start removing them from your profile, you might want to consider simply using them in a different way.

According to a LinkedIn blog post, the company examined more than 259 million member profiles worldwide, which is up from last year's list that looked at 187 million profiles. Of the English-language LinkedIn profiles from around the world, the word 'responsible' appeared the most in 2013. The word was used more than twice as often as the second most used word 'strategic'. Rounding out the top five were 'creative', 'effective' and 'patient', in that order. Of those top five words, 'patient' was the only new one. Other words that were new on this year's list were 'strategic', 'expert', 'organizational', 'driven' and 'innovative'.

Quartz reported that the company also looked at the most commonly used words for members in other countries. 'Responsible' was also found to be the most overused word on profiles from Canada and Singapore. 'Dynamic' was a favorite in India, the United Arab Emirates and Brazil. In Great Britain, users liked to use 'positive' and 'enthusiastic' a lot, while in Australia and New Zealand, 'passionate' was used too often. As the LinkedIn blog post noted, though, most countries overused the same three buzzwords -- 'responsible', 'strategic' and 'effective'.

If you think about it, many of these words are the exact same words that employers themselves use on their websites and/or in job descriptions, which means they are also the words that recruiters and hiring managers type in to search for talent. Thus, it might not be wise to completely eliminate these words from your resumes and professional vocabulary. But with so many people using the same buzzwords, how do you stand out in the crowd? U.S. News & World Report suggested using these words in a more strategic and effective manner by showcasing exactly how you embody these terms. For instance, if you say you are responsible, ask for LinkedIn endorsements from clients, colleagues and especially managers. Have them vouch for your skills by writing endorsements that illustrate your ability to be responsible through successful achievements and outcomes.

Rich Grant, President of the Maine College Career Consortium and who has worked in college career services for more than 5 years, told CityTownInfo that he is guilty of using at least two of the buzzwords that LinkedIn identified on his own profile, but noted that using buzzwords can be acceptable.

"I think it's OK to use buzzwords, if you can prove it," Grant said. "…The key point is that people need to show evidence for the attributes they claim."

Grant demonstrated this by explaining that he provided concrete examples on his profile to show how he has been 'creative' and 'innovative' in the things he has developed.

Steve Langerud, a counselor, facilitator and executive coach and who is also a workplace consultant and principal at Steve Langerud & Associates, LLC, agreed. While Langerud advised not to use any of the buzzwords that made LinkedIn's list, he did say that if you must use them, you should be able to tell a story that puts your skill into the context of the employer.

"When the employer reads your description, you want them to say, 'I can see that person doing this for us,'" said Langerud.

Langerud also pointed out that it is important to understand what an employer means when they use a buzzword. Indeed, U.S. News & World Report noted that the word 'creative' could mean different things to different people. The best way to figure out exactly what a company means by 'creative' is to read through the company's website, LinkedIn page, open positions and even the LinkedIn profiles of current employees.

Nicole Williams, LinkedIn's career expert, also told Quartz that you should not be so quick to strike buzzwords from your profiles. Williams noted that if you strategically use the same buzzwords that employer's use on their websites and for their products, employers are more likely to see you as a match.

"How to Strategically Use Buzzwords on LinkedIn," money.usnews.com, December 12, 2013, Nicole Williams, http://money.usnews.com/money/blogs/outside-voices-careers/2013/12/12/how-to-strategically-use-buzzwords-on-linkedin