Most Overused Resume Buzzwords According To LinkedIn 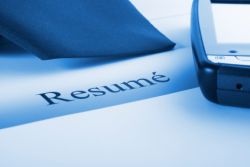 For job-seekers, it can be enticing to tack on common buzzwords like "results-oriented" or "team player" to resumes in order to attract potential employers. According to the professional network LinkedIn, however, these tempting but hackneyed phrases can have the opposite effect, often lessening one's chances of landing a job.

In a press release, LinkedIn, the world's largest professional network with more than 85 million members worldwide, released the most overused words and phrases contained in members' profiles.

According to LinkedIn, the top three resume cliches are "extensive experience," "innovative" and "motivated." Also included on the list are "dynamic," "proven track record," "fast-paced," "problem solver" and "entrepreneurial."

Lindsey Pollak, a career and workplace expert, said job-seekers should dispense with these trite terms, focusing instead on the details of past positions they have held like how many people they supervised or how much they increased sales.

"Phrases like 'extensive experience' and 'proven track record' can appear empty to a potential employer and may do more harm than good when you include them in your profile or resume," she said. "If you're using any of these 10 terms, wipe them out. Instead, note that you have eight to 10 years of experience or that you increased sales by 300 percent. Include meaningful phrases that apply specifically to highlights you've achieved in your career."

The press release also underscored several other strategies job-seekers can adopt that are specific to improving their LinkedIn profiles. Among the suggestions were including a photo to personalize one's profile and adding trusted contacts as a way of connecting with company employees.

"We wanted to reveal insights that help professionals make better choices about how to position themselves online," DJ Patil, LinkedIn's lead data analyst, said in a statement to CNN.

Jessica Holbrook Hernandez, president of Great Resumes Fast, recently put together her own list of phases she red flags when perusing resumes. When seeing phrases like "great communication skills" or "attention to detail," she said they "are frequently used on resumes, often by candidates who really don't even possess them. Instead of using these throwaway terms to describe yourself, attempt to outline specific accomplishments."

The release of the list is part of another effort by LinkedIn to emphasize the unique nature of its website even as social network giant Facebook outpaces them with more than 500 million users worldwide, The Wall Street Journal reported.