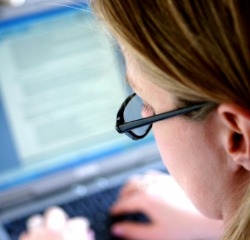 It's been an open -- if somewhat disregarded -- little secret for some time now that working women, especially working mothers, earn less money than their male counterparts. Now a new report suggests that this disparity not only affects women and their families, but also could impact countries looking to bolster their economies.

According to the Los Angeles Times, a new paper published by the Paris-based Organisation for Economic Co-operation and Development (OECD) warns nations that the failure to address the gender pay gap can negatively affect their GDP.

"Closing the gender gap must be a central part of any strategy to create more sustainable economies and inclusive societies," said Angel Gurria, OECD's secretary-general, the Los Angeles Times reported.

The Wall Street Journal noted that the average female worker earns 16 percent less than her male counterparts, and that gap widens significantly among women with children. According to the OECD report, women in families with children earn, on average, 22 percent less than men, a gulf that shrinks to 7 percent for couples without children.

The Los Angeles Times reported that steep child care costs could be a contributing factor to this wage gap. Women may have less incentive to invest in their careers and education when their earnings are largely offset by child care-related fees, and when they may be paid less than men who are performing the same job. According to the Wall Street Journal, the OECD report found that the cost of child care accounts for 65 percent or more of a family's second wage in OECD member countries such as the U.S., Ireland, Germany and Australia.

"Lack of child-care options can lead to career interruptions and discontinuous employment, which in turn may explain women's lower wages when they enter motherhood," the OECD report explained, as indicated by The Wall Street Journal. "If child care eats up one wage, there is often little or no financial gain from both parents working or at least working full-time."

The Atlantic noted, however, that men do not outearn women across the board: Women in Ireland, Australia, Luxembourg and the Netherlands earn more than their male colleagues, but only if they do not have children. Once children enter the picture, this pay inequity is reversed and they join the ranks of the U.S., Germany, Korea and Japan.

As women across the developed world become better educated than men at increasing rates, the OECD laments that the loss of such skills once women become mothers hinders a country's potential economic gains.

"The world's population is aging and this challenge can only be mastered if all the talent available is mobilized," said Gurria, as reported by The Wall Street Journal. "Governments should make further progress in the access and quality of education for all, improve tax and benefits systems, and make childcare more affordable, in order to help women contribute more to economic growth and a fairer society."