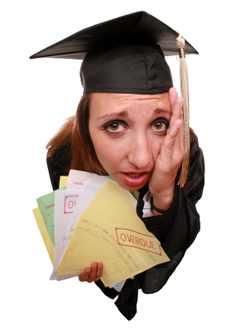 The College Board, the not-for-profit association that administers the SAT, and MTV are an unlikely pair. However, according to The New York Times, the two are joining together to help increase college completion rates.

On Thursday morning, the well-known music channel and College Board announced their "Get Schooled College Affordability Challenge", which is part of their "Get Schooled" campaign, at Howard University with the help of Grammy-winning rhythm-and-blues artist John Legend. The announcement was recorded and will air as part of the "Stand In" series--where celebrities are classroom professors for a day--on mtvU, the network's channel specifically for college and university students.

According to an MTV press release, economists predict that over 60 percent of jobs in 2018 will require education or training beyond high school. The "Get Schooled" campaign is an effort to meet that need by encouraging and empowering "young people and their families to help solve the key problems facing America's education system". The challenge is a national competition that calls for students to "reimagine the financial aid process". Students are to come up with a tool that will help low- and middle-income students navigate through the financial aid process, from college enrollment to graduation.

MTV reported that studies have shown that upwards of two million college students do not apply for financial aid and of those who do apply, two-thirds say the process is difficult to navigate. Difficulty paying for school, particularly as tuition fees continue to rise, is a key reason many students do not attend college or, once there, fail to graduate. Michael Hamilton, a junior at Howard University, was not surprised by the data. Hamilton told The Washington Post, "Financial aid is such a complex thing... Schools are out there, Web sites are out there and aid is out there, but people don't know where to find it."

According to the press release, the competition will run through December 17. Three finalists will have a chance to iterate their ideas to global innovation firm frog design. The winning individual or team will be awarded $10,000 and will develop their tool with a budget of up to $100,000.

The Washington Post reported that John Legend encouraged students to participate. When describing his own educational experience he said, "I was one of the lucky ones. Too many other kids don't have that opportunity today. We need all hands on deck to tackle this problem."

"MTV and the College Board Join Forces to Help Students Pay for College," mtvpress.com, September 16, 2010