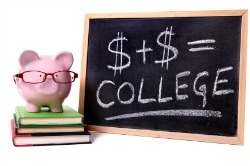 College fees, which are charged in addition to tuition, are rising nationwide and can add up to hefty sums. At schools in more than half the states, these fees became a larger part of the total cost of tuition and fees combined between 2008-2009 and 2010-2011, U.S. Department of Education data showed. Many students and parents see these fees as a deceptive way of gathering more money from students without gaining public disapproval for tuition hikes.

Fees at the University of Massachusetts Amherst amount to more than six times the in-state tuition figure, according to ProPublica, an independent, non-profit newsroom. These fees encompass a $675 "service fee;" a $47 "activities fees" a $327 "basic health fee;" and a $3,209.50 "curriculum fee." University of California, Santa Cruz students pay about 30 fees, including a small charge for "free HIV testing." Students at Oklahoma State University are hit with 18 added items, including a "life safety and security fee." Howard University charges all students a $100 "globalization fee," which supports programs like study abroad. Worcester State University's "parking/pedestrian fee" is used partially for sidewalk maintenance. Other colleges have fees for "student success" and "student enhancement."

"It's all smoke and mirrors in some ways, the issue of tuition and fees," said Terry Meyers, an English professor at the College of William and Mary. "It seems to be one area of the academic world where no one is looking and no one wants to look too closely."

These additional expenses are exacerbating the problem of soaring college costs. For example, Oregon university system's fees added as much as 40 percent to tuition costs in 2007. Tuition has risen about 1,210 percent in 30 years, TechCrunch indicated. The average debt of college graduates is $13,600, which has been growing at 2.1 percent beyond inflation since 2005.

Some schools admit the fees are a way of boosting income from students without increasing the tuition amount, Newser noted.

"The special institutional fee goes to the exact same things your tuition goes to," a Georgia state Board of Regents spokesperson said.

Drivers for rising fees include waning state financial support and the fact an outright tuition hike could be politically disastrous, ProPublica pointed out. To help recoup the revenue needed, colleges impose fees, which students tend to accept better than tuition increases.

"Unfortunately, the word tuition is a little bit of a lightning rod these days," said Colette Sheehy, vice president for management and budget at the University of Virginia.

Many colleges claim they're transparent about fees, but students and parents disagree, ProPublica explained. It might take some sleuthing to find a definition for what should be categorized as either tuition or fees.

"Yes, they are on the web somewhere, but they are not always easy to find," said one parent of a student at UMass Amherst who didn't want to be named. "Unless you dig out the list and closely analyze it, you don't realize there are all these extra expenses. Schools don't go out of their way to publicize it."