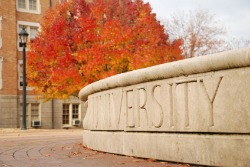 As high school students rely more and more on college ratings for help in admissions decisions, officials have become increasingly cynical of a widely used ranking system, according to a report released by the National Associate for College Admission Counseling.

In the first of a three-part series, the NACAC panel found last month that most college admissions officials and high school counselors doubt the value of the rankings and the idea that they legitimately help students and parents make better decisions when applying to schools. While survey participants admitted that the "prominence" of the rankings has grown over the last five years, they felt that the title of the U.S. News & World Report's publication, "Best Colleges," fails to accurately describe its content.

Notably, the report found that a large majority of those surveyed felt that the "rankings create confusion for students and families." On the other hand, participants said the rankings are "useful to college and university recruiting efforts."

According to Inside Higher Ed, part two's results revealed evidence confirming criticisms found in the first. The new results showed that skepticism from admissions professionals did not prevent schools from using the rankings to their benefit. For instance, of the 80 percent that believe their institutions appear "favorably" in the rankings, 71 percent include their rank in marketing campaigns. The Education Conservancy, an admissions reform group that is openly critical of the rankings, has advocated for universities to pledge to remove their rank in marketing materials or to withdraw from the rankings entirely. Most colleges, however, are unwilling to do so.

One of the main concerns among admissions officials is that institutions sometimes adopt policies solely to improve their ranking, oftentimes at the expense of educational quality. According to the report, 95 percent believe that the U.S. News & World Report rankings "put pressure on institutions to invest in strategies and practices primarily for the purpose of maintaining or strengthening position in the rankings."

Robert Morse, who oversees the Best Colleges rankings for U.S. News & World Report, lauded the study, despite its many criticisms.

"U.S. News is very glad that NACAC conducted and published the survey," he told U.S. News & World Report. "The results offer unique insights into NACAC members' complex views toward our rankings. U.S. News believes having ongoing open and frank conversations with NACAC is very important, and we look forward to discussing the report."