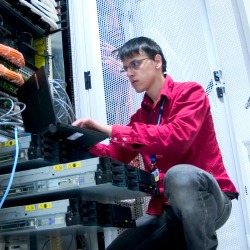 Starting salaries for 2012 new college graduates increased an average of 3.4 percent from the previous year in all fields, the 2013 "Salary Survey" study by the National Association of Colleges and Employers (NACE) showed. This increase translated into a growth in the average starting salary from $42,987 to $44,455, according to NACE's executive summary. The field of education experienced the greatest boost, up 5.4 percent. Humanities and social sciences saw the lowest, at 2 percent.

Information used for this annual study was retrieved in November 2012 from the U.S. Bureau of Labor Statistics and the U.S. Census Bureau along with a master data set developed by Job Search Intelligence, noted NACE, the Bethlehem, Pa.-based nonprofit organization that serves as a point of connection between companies and college placement offices. The study included data from 400,000 employers and reflected actual starting salaries rather than offers.

NACE Executive Director Marilyn Mackes said engineering dominating the list was expected, as these professionals are in great demand, but applicants are few, The Huffington Post reported.

Unlike its prior salary surveys, NACE this time divided engineering degrees into specific types, upon discovering each one earned a different starting salary, Forbes explained.

In terms of industries, mining, quarrying, and oil and gas extraction paid the most to new graduates with an average starting salary of $59,400. Construction was second at $57,047. Management of companies and enterprises was next at $56,607.

Educational services hired the most new graduates in 2012 with professional, scientific and technical services following behind. Health care and social assistance was third in this category.