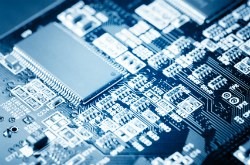 New York could become the location of a rising computer chip powerhouse after five technology companies recently signed a five-year agreement that could create a boost in jobs in the area and an advancement in nanotechnology.

Global Foundries, IBM, Intel, Samsung and Taiwan Semiconductor Manufacturing Company are the five companies partnered in the agreement, which is expected to yield $4.4 billion in investments over the next five years, according to a press release from New York Governor Andrew Cuomo's office.

The agreement is expected to be a boon both in jobs and technology. It also brings opportunities to the State University of New York. Some 2,500 new jobs are expected to be created through the partnership, for example, including high-technology positions available at three of the SUNY campuses as well as at an IBM site, according to The Chronicle of Higher Education. Jobs should become available in Albany, Canandaigua, East Fishkill and Utica. Overall, some 6,900 jobs are expected to either be created or retained, according to the governor's office.

"In my last nine months, my administration has worked to create a more confident environment for doing business in New York and major deals like this one prove that the state is truly open for business," Cuomo said.

The investment is made of up two primary projects, according to the Oneida Daily Dispatch. The first, Made in NY, seeks purchases of $400 million in equipment and tools from businesses located in the state. The other is a focus on how to make computer chips smaller. IBM is hoping to create components in chips, for example, that are less than 22 nanometers in size, or under a millionth of an inch, John Kelly, director of IBM research, is quoted as saying in the Time-Union piece.

"This is really all about computing systems that IBM and others can construct using these advanced technologies," he said.

A new nanotechnology-related building is already under construction at SUNY's Albany campus, according to the Albany TimesUnion. The building--possibly to be called NanoFab West or NanoFab X--will house this new coalition of companies, now referred to as the Global 450, according to the Albany paper. The building is expected to have between $2 billion to $2.5 billion in complex tools and equipment inside by the end of 2013. according to CNSE President Alain Kaloyeros.

"This announcement continues to position CNSE to be the world leader in innovations in computer chips," he is quoted as saying in the TimesUnion.

In January in his State of the State address, Cuomo stressed that the creation of jobs in New York would be a top priority for his administration, according to the TimesUnion. Later on in the year, the state's lieutenant governor was quoted as saying that nanotechnology was being considered as a potential source for more jobs. In short, it has now become a way that New York is looking toward the future.

"This unprecedented private investment in New York's economy will create thousands of jobs and make the state the epicenter for the next generation of computer-chip technology," Cuomo said.