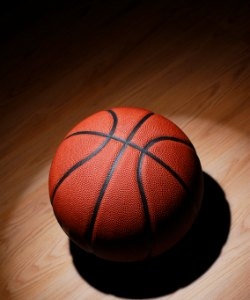 Graduation rates for athletes in Division I men's basketball and the Football Bowl Subdivision have exceeded 70 percent for the first time, the National Collegiate Athletic Association announced Thursday. Even with these increases, however, football and men's basketball still hold the lowest graduation rates in Division I sports, The Chronicle of Higher Education reported.

The academic improvement for these high-profile athletes contrasts with a decline for college athletes in general, according to Inside Higher Ed. The overall graduation rate for college athletes dropped from a record high 82 percent last year to 81 percent, and Division II athletes also saw a one-point drop to 72 percent.

The exact numbers for graduation vary depending on the source. The NCAA uses its own measurement called the Graduation Success Rate (GSR) to calculate the percentage of athletes who receive their degrees within six years. The GSR counts students who transfer in good standing to other schools as graduates rather than dropouts. The U.S. government counts these transfer students as dropouts, so federal graduation rates are typically lower than the NCAA's figures, Inside Higher Ed explained.

"Our academic reforms continue to bear fruit," said NCAA President Mark Emmert in the news release. "We are not satisfied, but we are proud that we have reached another milestone, as now seven of every 10 student-athletes in our highest-profile sports are earning their degrees."

Emmert also mentioned that only 1.3 percent of men's basketball players and 1.6 percent of football athletes go on to become professional athletes. This would seem to confirm the importance of college graduation for student-athletes, especially those who cannot go pro.

While the overall graduation rate of Division I men's basketball players has risen, some basketball programs continue to struggle on this front, The Chronicle of Higher Education reported. The University of Connecticut, for example, graduated 11 percent of its players in the NCAA's latest six-year study, compared to the University of Florida (17 percent) and Georgia Tech (18 percent). One success story for men's basketball is West Virginia University, with a GSR of 100 percent. However, not all sports have low graduation rates; women's lacrosse and field hockey players boasted a rate of 94 percent.