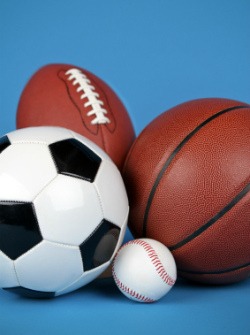 As noted in a press release, every academic year each Division I sports team calculates its APR based on the academic eligibility and retention of each scholarship student-athlete. Rates are based on the past four years' performance and scores are out of a 1,000. There are currently two thresholds for penalties--925 and 900. Should a team fall below either cutoff, they will face penalties such as scholarship losses, reductions on practice time or even NCAA membership suspension.

This year, of the 6,400 Division I teams, 103 at 67 schools were penalized, which is an improvement over the 137 teams at 80 schools that were penalized last year. According to Insider Higher Ed, 60 teams lost scholarships, 16 received public warnings and 19 faced reduced practice time. The Chronicle of Higher Education reported that eight teams at seven institutions received the highest penalty, a one-year restriction on postseason competition. All eight teams were men's basketball and football programs. In basketball penalties went to California State University at Northridge, Chicago State, Grambling State, and the University of Louisiana at Monroe. In football, Idaho State and Jackson State received postseason bans. Both football and men's basketball at Southern University at Baton Rouge were banned. Inside Higher Ed noted that women's teams outperformed men's--nearly all women's sports achieved APR averages above penalty cutoffs.

Not all teams were punished, however. Overall, 350 Division I teams earned inadequate academic scores, noted The Chronicle of Higher Education. The NCAA does not punish institutions with limited resources. Furthermore, some low scoring schools worked with the NCAA to come up with "academic improvement plans".

Both NCAA president Mark Emmert and Walter Harrison, president of the University of Hartford and chair of the Division I Committee on Academic Performance, said in the press release that though there is still work that needs to be done, they are pleased with the continued improvement. This year's average academic progress rate for all NCAA sports was 970, an increase of three points over last year.

Inside Higher Ed noted that of the 103 teams with low academic marks, 33 were teams from historically black colleges and universities, which concerned NCAA leaders.

"It's concerning that we have this issue," said Duer Sharp, the Southwestern league's commissioner. "But we're working hard to address it. I think [HBCUs] can succeed [by the APR standard], but it's all about resources."

In addition to improving the academic performances of student-athletes at HBCUs, NCAA is also planning to streamline the APR penalty structure. According to The Chronicle of Higher Education, Harrison's committee plans to propose a single-penalty structure with a cutoff of 930, possibly 940.

"We want to keep getting better," said Harrison. "We don't want to settle in at any particular rate."