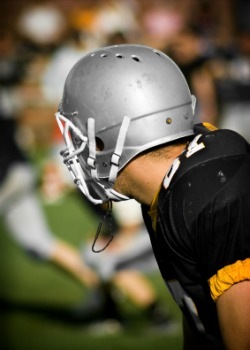 After a two-day presidents retreat, the National Collegiate Athletic Association announced it would implement tougher academic requirements for Division I teams.

The NCAA Board of Directors decided to raise the average four-year Academic Progress Rate (APR) for participating in the postseason, reported the Los Angeles Times. Currently, teams with an APR of 925 or below would be subject to penalties such as loss of scholarships; teams with an APR below 900 face postseason ban. With the new requirement, teams must have at least a 50 percent graduation rate to be eligible for postseason play.

"We believe a 50 percent graduation rate is a reasonable goal for all teams," said Dr. Walt Harrison, president of the University of Hartford who serves as the chair of the Division I committee on academic performance.

As Education Week noted, ESPN.com reported that the new requirement would have made 12 of the 68 men's basketball teams in this year's NCAA tournament ineligible.

Additionally, Inside Higher Ed reported that the NCAA will also raise eligibility standards for incoming freshmen and transfer students in Division I.

"The bottom line is that the initial standards need to be stronger because it's not fair to the athletes who are not prepared to do the college-level work, and it's not good for college sports for those policies not to be in place," said Amy Perko, executive director of the Knight Commission on Intercollegiate Athletics.

Though the new rules have yet to be finalized, it is believed that the NCAA may strengthen its use of standardized test scores, require incoming athletes to meet higher minimum high school GPAs or require that students complete a more robust core curriculum throughout high school. Although SAT and ACT scores have long been said to discriminate against low-income students, Gerald S. Gurney, senior associate director for academics and student life at the University of Oklahoma argued that there needs to be a way to evaluate academic success.

"The real question is not about race and cultural bias. The real question, are these student athletes academically prepared to compete in a college classroom?" Gurney said. He also noted that his own research has shown that students at one Bowl Championship Series institution who had very low ACT scores also had lower learning skills.

According to the Los Angeles Times, NCAA president Mark Emmert plans to finalize the new requirements by October. Because the changes will be significant, they will be phased-in over a period of three to five years so that schools can prepare adequately.