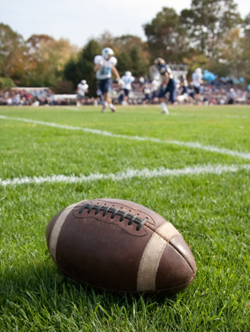 According to a recent National Collegiate Athletic Association (NCAA) study, student-athletes spend more time on sports preparation than on academics.

The study, titled Growth, Opportunities, Aspirations, and Learning of Students in College (GOALS), was conducted in spring 2010 and interviewed almost 20,000 student athletes from 611 institutions in all three NCAA divisions, reported Inside Higher Ed. The study was released last month at an NCAA convention in San Antonio and is the second study of its kind--the first was conducted in 2006.

The GOALS report is designed to help the NCAA create policies and procedures that will give student-athletes a positive college experience, stated the NCAA.

"These data provide important insight into how current and former student-athletes view the many aspects of their college experience," said NCAA President Mark Emmert. "They are extremely valuable to presidents and other leaders as we strive to make that student-athlete experience the best it can possibly be."

Athletic Business pointed out that many schools go far beyond the 20-hour rule, which was adopted in 1991. The rule limited how much time student-athletes could spend on sports so that they could also have time to be students. However, many coaches have found loopholes. For example, many only count time spent with coaches as hours towards the rule; any time spent working out does not count. Furthermore, competitions count for three hours, even if the actual time is much longer.

According to Inside Higher Ed, data showed that student-athletes within most sports groups moved more toward athletics than academics. FCS football players, for instance, devoted 41.6 hours a week to athletics and just 38.2 hours per week to academics. Baseball players in all three divisions spent more time playing than hitting the books--on average these players spent 42.1 hours a week on the sport and 31.7 hours a week studying. Division III players were the only group that spent more time on academics than on athletic activities.

In addition to studying less, many student-athletes also missed class. The average Division I baseball player missed 2.3 classes a week, while the average Football Bowl Subdivision football player skipped out on 1.7 classes per week. Women's and men's basketball players missed the most classes among all Division I players--2.5 and 2.4 per week, respectively.

Interestingly, most women players reported that they preferred to spend less time on sports--29 percent of Division I women's basketball players and more than 25 percent of women in all other sports.

According to the NCAA, the 2010 study also found that about 75 percent of students chose a college because of athletics participation and 40 to 60 percent reported that their decision was tied to the institution's coach. Other reasons for choosing a school included academics and the school's proximity to home.