New Cell Phone Regulations May Benefit College Students The Most 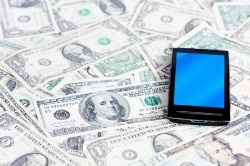 To fend off new legislation, cellphone service providers have volunteered to notify customers when they near or reach their plan's monthly limits. These efforts to prevent what is being called 'bill shock' should benefit college students, who are often on a budget.

"Far too many Americans know what it's like to open up their cell-phone bill and be shocked by hundreds or even thousands of dollars in unexpected fees and charges," President Barack Obama said in a written statement as reported by USA Today College. "So I appreciate the mobile phone companies' willingness to join us in our overall and ongoing efforts to protect American consumers by making sure financial transactions are fair, honest and transparent."

CTIA, the wireless trade association, released guidelines Monday, indicating companies will send alerts to customers when they get close to or hit their maximum monthly allotment of voice, text and data services, and before they incur international roaming charges, Reuters noted. Those guidelines are similar to the rules the Federal Communications Commission proposed last year.

The wireless industry has 12 months to initiate two of the four alerts--data, voice, roaming and text--and 18 months to begin providing them all, the Los Angeles Times reported. The FCC plans to launch a website to ensure cellphone service providers comply. If they don't, the commission will move forward with regulations.

"The carriers have committed to moving as expeditiously as possible to change their systems and implement these alerts," Genachowski said. "Now moving forward, the FCC will take a trust-but-verify approach."

A 2010 study by the FCC showed that one in 6 mobile users experienced sudden and unexpected increases in cellphone bills, and 23 percent of the increases were more than $100, according to USA Today College.

The alerts should be particularly helpful to college students, 99.8 percent of whom own cellphones, according to a 2010 study performed at Ball State University.

"College students are increasingly adopting the smartphone as the core mobile communication and entertainment device for their hectic lifestyles," Michael Hanley, a Ball State journalism professor and director of the university's Institute for Mobile Media Research, was quoted as saying in USA Today College.

Nationwide, colleges are continuing to adapt the use of cellphones on their campuses. Many use them to send out their own alerts to students. Some schools, such as Auburn University, the University of Alaska and the University of Miami, even provide charging kiosks on campus.

The hope is that the alerts from wireless providers will help consumers save money on their cellphone expenses, Genachowski said.

"I completely support the plan--especially with the newer devices that use a lot of data--it's easy to get carried away," said Elliot deBruyn, a senior at the University of Vermont. "You start a conversation texting and all of the sudden you have 60 texts in an hour. I don't think that college students are aware of how much of their plan they are using."