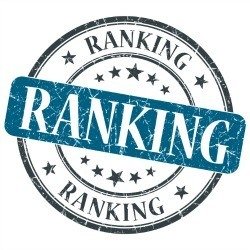 The Princeton Review. U.S. World & News Report. For years, certain companies held a sort of monopoly on college rankings, reported The New York Times, with a handful of prestigious schools playing a virtual game of musical chairs with the top rankings from one year to the next. A new ranking list published this week by TIME's Money Magazine bucked that trend by focusing primarily on affordability and long-term earnings rather than factors such as campus food, culture or academic prowess. Though the methodology remains somewhat controversial, The Times considered it a refreshing shift from the status quo -- one that budget-conscious families would likely appreciate.

Money reviewed about 1,500 of the nation's four-year colleges and universities with the goal of identifying those offering "the biggest bang for your tuition buck," or, in other words, schools that offer a "great education at a comparatively reasonable price" that is typically lead to a "well-paid career." The analysis ranked schools using 17 different variables across three equally-weighted categories: educational quality, affordability and earnings. The methodology produced rankings quite unlike those of other popular rankings systems, noted The Times. Think: Webb Institute, a tiny New York college with about 80 students, beat out big names including Harvard, Princeton and Stanford.

What school did top Money's list? Babson College, followed by the aforementioned Webb Institute and the Massachusetts Institute of Technology. Princeton, Stanford and Harvard took the next three positions, followed by Harvey Mudd College, Cooper Union for the Advancement of Science and Art and Brigham Young University. The California Institute of Technology ranked no. 10. Massachusetts and California colleges dominated the list, with each contributing four schools to the Top 15.

According to The New York Times, the unconventional methodology made this particular ranking unique from so many others, but newsworthy, given recent national interest in rising student debt. Even the White House has launched initiatives to help students identify schools with a mind for value. In addition to analyzing schools' tuition, fees and financial aid, Money evaluated alums' earnings. This earnings data, which allowed the publication to highlight schools that would allow students to repay their student debts more easily, is perhaps one of the list's most controversial variables, since it was derived from self-reported wages via Payscale. (Payscale, interestingly enough, launched its own college rankings last year.) As the Times reported, researchers at the Brookings Institution found that Payscale earnings estimates are about 14 percent higher on average than calculations using more complete data sets.

Another criticism of the rankings, reported The New York Times, is its emphasis on affordability almost exclusively since it ignores other important aspects of a college's mission. The Times said higher education aims to do more than train people for high-paying jobs; it also intends to "clarify the mind and enlighten the soul." Besides, added the author, colleges need to cover their costs.

Nonetheless, Money's focus on affordability likely strikes a chord with savvy college shoppers, and according to an editorial in The Register-Guard, at least one other new rankings list from the nonprofit Educate to Career took the same approach. Those results were perhaps even more surprising: Harvard University came in at No. 724, Yale at 1,054 and Princeton at 1,149. The ETC website acknowledged the shift, noting that its "data show that many elite schools in the U.S. are more adept at selecting winners than they are at creating winners."

Controversial or not, studies show that college rankings matter. The moral in all this, per The Register-Guard: There are "many ways of measuring success" when it comes to weighing colleges, and prospective students and their families should examine all of them.