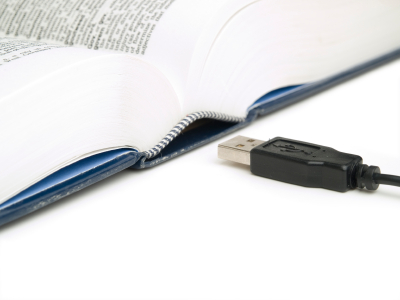 A new e-textbook reader called the Kno will allow students to view textbooks on its digital screens as they would appear in print versions, complete with text, color images and graphics.

The Kno made its debut at the D8 technology conference in Southern California last week. The device has two 14-inch screens, allowing students to view two complete facing textbook pages without having to scroll up and down. It also comes with a stylus so that students can take notes.

"If you look at why e-textbooks have failed in the last ten years, the biggest problem is the size of the screen," noted Osman Rashid, co-founder and CEO of Kno, who was interviewed by Wired.com. Rashid also founded Chegg.com, a textbook-rental business. "Textbooks won't fit into a 10-inch or 12-inch screen so you have to scroll up and down and right and left. It makes for a poor learning experience."

Indeed, according to The New York Times, the device felt very large and heavy, particularly when compared to the iPad. But Marc Andreessen, who co-founded Netscape and serves on Kno's board, pointed out that it's "no heavier or clumsier than a single textbook. And over time, all the components are going to get lighter."

Rashid agreed. "If you are a parent," he told Wired.com, "you know your child is carrying 20 pounds to 25 pounds of textbook in their backpack. Now you can replace the entire backpack with a 5.5 pound device."

The company plans to release a test version of the device this fall. Rashid also said that the company had signed deals with several textbook publishers to make texts available on the Kno, including Pearson, McGraw Hill Education and Cengage Learning.

He also predicted that students would eventually leave their laptops in their dorm rooms and opt to bring more portable devices to class such as the Kno. "We believe the laptop is becoming the new desktop," he told CNET News. "It is going to stay in your dorm or in your home. This is all you need to carry around."