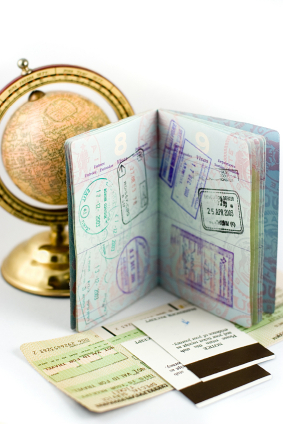 A challenging job market has led many graduates entering the workforce to look for opportunities abroad.

U.S. employers expect to hire 7 percent fewer college graduates in 2010 than a year ago, according to a survey conducted by the National Association of Colleges & Employers (NACE). A growing number of students are looking for experience that will set them apart in an increasingly competitive marketplace.

"There is no question that there are more students than ever before who have an interest in working abroad," says Manny Contomanolis, career services director at the Rochester Institute of Technology in Businessweek. He says that it is not only because of a lagging job market at home, but because graduates realize that American employers increasingly value international experience.

Terry Cumes, managing director of Intrax Internships Abroad told MSNBC that working internationally is a resume-builder for graduates. "They need different ways to differentiate themselves in this economy, and there are also fewer opportunities in the United States," he said. "We're even getting calls from MBAs now."

Sarah Block, 23, who graduated in 2008 credits her work abroad experience in Tel Aviv with jumpstarting her career. "If I started the job search right out of school, I would have been just another standard university student," Block told Businessweek. "When I came back, employers and recruiters would specifically ask me about my experience in Israel. I think it gave me an edge."

Students eager to work abroad should keep in mind that opportunities are not as abundant as they were two years ago as many countries around the globe have also been hit with economic difficulties. Multinational companies will reduce foreign assignments by 12 percent this year, down from 25 percent, according to a report published by Brookfield Global Relocation Services.

Unemployment rates are high in Europe and makes the difficult process of securing a work visa even harder for expats. Asia is a better bet for job seekers interested in high tech, finance and automotive industries, Tom Flannery, a partner at consulting firm Mercer, told MSNBC.

Students and families should know that a work abroad arrangement isn't a simple undertaking, you can't pack your bags and go. Arranging visas and immigration documents can be complicated, insurance and housing can be expensive. A small but growing number of study-abroad companies are responding to the trend by creating work-abroad programs.

Paul Lakind, director of the Global Intern, told Businessweek that he compares the cost of his program to that of a three-credit course at a private university. "It is not for everyone and it is certainly an investment, but we don't want it any other way," he said. "People need to look at it in a very serious manner." These fee-based programs match students with a business in line with their career goals, handle legal paperwork and arrange housing.