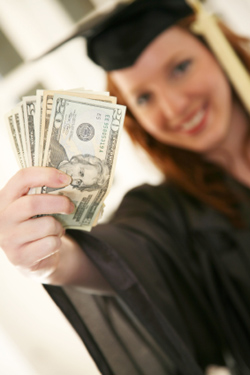 New Haven, Connecticut has joined the growing list of cities that provide free tuition to its public high school students.

According to The New York Times, city and school officials offered to cover the cost for eligible students to attend any public college or university in Connecticut through its New Haven Promise. For students who attend a private college in the state, the promise will cover up to $2,500 a year. The program, which costs $4.5 million a year, was launched to curb the city's high school dropout rate, create a college-going culture and encourage families to move to New Haven.

New Haven Independent noted that there are at least 20 other college promise programs nationwide. Research on the first program, the Kalamazoo Promise, and other similar programs showed that the incentives do indeed boost school enrollment, high school graduate rates and the likelihood of graduates going on to college.

The scholarship program will be paid for by Yale University. The university will pay up to $4 million a year for the first four classes of students in the program, a total of up to $28 million over seven years. However, according to New Haven Mayor John DeStefano Jr., the total will not be near that figure as the program will be phased in, with eligible students from the Class of 2011 as its first group of participants.

In order to be eligible for the program, students must live in New Haven; have attended its public schools--or charter schools--since at least ninth grade; have a 90 percent attendance rate and no record of expulsion; complete 40 hours of community service; and must have a cumulative 3.0 grade point average in high school as well as maintain a 2.5 GPA in college to continue receiving tuition. As The New York Times pointed out, financial aid will be given on a sliding scale, with students who have attended city schools since kindergarten, in addition to meeting all requirements, receiving 100 percent tuition coverage.

"This is not a handout," said DeStefano during his announcement to students at Cooperative Arts and Humanities Magnet High School. "You will have to work hard."

The Promise program will also be open to all New Haven public school students, regardless of immigration status.

According to New Haven Register, experts argued that success lies not in a free ride, but in services and programs that help improve mentoring and teaching as well as cultivate students' aspirations for college.

George A Weiss, a Wall Street financier who founded Say Yes to Education, a national non-profit foundation that works to increase high school and college graduation rates among inner-city youth, agreed. "You can't just give [students] an offer of money. They still have their day-to-day issues, and you have to help them," he said to The New York Times. The foundation has paid college tuition for over 350 students from predominantly poor schools. Say Yes to Education also provided counseling and a variety of other services to supplement tuition assistance.

DeStefano is confident that the program will be a success for both students and the city of New Haven. "For a city to be competitive, to be successful and vibrant, it will require a trained workforce... The most powerful way that we as a city can organize and envision our future is around the aspirations and potential of our young people," he said to New Haven Independent.