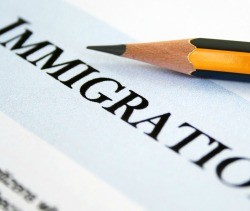 On Monday, the New Jersey Assembly Budget Committee released legislation that would qualify state residents for in-state tuition and student aid regardless of their or their parents' immigration status, if they meet certain requirements, reported NJ Today. Such legislation has sparked a debate among policymakers and the general public over whether in-state tuition benefits should be allocated to illegal immigrants.

The legislation contains two bills. Under the first bill, called the "Higher Education Citizenship Equality Act," students who are themselves New Jersey residents and U.S. citizens but whose parents are undocumented immigrants would be able to pay an in-state tuition rate for a New Jersey public university. Under the second bill, or the "Tuition Equality Act," New Jersey residents who are not legal residents would qualify for in-state tuition. Qualifying students may also be eligible for state grants, scholarships or student loans.

Both bills have specific eligibility criteria, including the following requirements. To qualify for the first bill, students must be U.S. citizens and must have lived in New Jersey for at least 12 consecutive months before first enrolling in a public institution or immediately preceding the academic period for which they want state tuition. For the second bill, students must have attended a New Jersey high school for at least three years and have graduated from a New Jersey high school or earned the equivalent of a high school diploma in New Jersey. They must also file an affidavit with their university saying that they have applied for legal immigration status or will do so as soon as they are eligible.

According to NorthJersey.com, 15 other states have passed similar legislation. However, it is unclear as to whether or not this legislation can pass in New Jersey, as it lacks bipartisan support.

Supporters of the legislation claim that it could benefit not only the students but also the state's economy. As Ron Chen, former chair of the Governor's Blue Ribbon Advisory Panel on Immigrant Policy, mentioned, "New Jersey is losing its workforce, and immigrants are keeping the size of the workforce increasing slightly." Donna Chiera, president of New Jersey's chapter of the American Federation of Teachers, added that not giving these students access to higher education would ultimately hurt the state: "Because we're not giving them an opportunity to go to college, and because we're not giving them an opportunity to get higher-paying jobs, somewhere down the road we are paying for it."

The bills' opponents, on the other hand, have asserted that the legislation would take college seats away from New Jersey citizens and that New Jersey's taxpayers should not have to subsidize students whose parents entered the U.S. illegally. Jeffrey Hastings, a member of the New Jersey Citizens for Immigration Control, believes that if the bills are passed, undocumented immigrants would not be held responsible for breaking the law. "If we don't enforce laws, and give people benefits and privileges even when they are not legal, then we encourage people to break the law and we never get out of the cycle."

New Jersey Governor Chris Christie has opposed similar legislation before, according to Courier-Post. While spokesman Colin Reed did not comment on how likely Christie is to veto the legislation this time around, he did reference prior statements that the governor had made at a June 2011 town hall meeting: "Those types of breaks that we give need to go to those who are paying the taxes to support." Christie reaffirmed his opposition to such legislation at a later town hall meeting: "[Y]ou have people who have advocated for in-state tuition being given for the children of people who are here illegally. Now I can't favor that because we need to have an immigration system where people follow the rules, and I can't in a difficult time of budget constraints support the idea that we should be giving money in that regard to people who haven't followed the rules and take that money from people who have."

Assemblywoman Annette Quijano (D-Union) asserted that this legislation should not be considered based on one's stance on immigration. "[T]he reality is that these students are here. They have been here, attended school here and now want to attend college here and earn a degree. We should be making higher education more accessible to all young people, not less. Let's not deny these students the opportunity to achieve their version of the American dream."