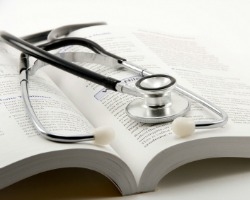 Prospective medical school students have long dreaded pre-med coursework and requirements. One New York medical school, however, will soon alleviate those fears with a drastic change in its admissions process.

According to The Chronicle of Higher Education, the Icahn School of Medicine at Mount Sinai introduced “FlexMed”, a new program that would admit half of the school’s incoming students without requiring them to take traditional pre-med coursework or the Medical College Admissions Test (MCAT). Additionally, students will be accepted in their sophomore year. The program is an expansion of the school’s successful Humanities and Medicine Program, which admits non-science majors.

In recent years, criticism over traditional med school requirements has increased and Mount Sinai’s FlexMed program is just one of over 100 proposals that the American Medical Association has received in an effort to revamp medical education. Many have argued that the traditional model is limited, forcing students to focus too much on grades instead of the bigger picture.

“We want to encourage people to think creatively and not feel so constrained,” said David Muller, dean of medical education at Mount Sinai, to The Chronicle of Higher Education.

Muller also explained in Inside Higher Ed that the medical landscape as well as the population it serves has changed through the years and is continuing to evolve, making many of the traditional courses outdated and, therefore, less applicable.

“All of science has changed, even if you went back 50 years ago,” Muller said to Inside Higher Ed as he gave the example of how he never had to learn about information technology when he was a med student.

According to a press release, FlexMed students will be selected based on a comprehensive review of academic and extracurricular activities. Interviews will also be held to evaluate attributes such as collaboration, creativity, empathy and social conscience. The Chronicle of Higher Education noted that once admitted, students will need to maintain a 3.5 grade point average and will still need to take basic biology, chemistry and a semester of statistics. Other traditional pre-med coursework, such as organic chemistry, will be replaced with ethics, public health and biostatistics. Non-science majors will have to complete biochemistry, cell biology and genetics before graduating. Clinical work and a senior thesis or equivalent will be required and students are encouraged to become proficient in Spanish or Mandarin. Furthermore, the school recommends that students take one or two gap years after graduating from college before starting at Mount Sinai in order to pursue other academic interests.

“By discarding the MCAT, undergraduate students are afforded unparalleled flexibility in selecting majors, furthering academic pursuits and enhancing personal growth beyond what is feasible in traditional premedical curricula,” praised Steven T. Case, PhD, professor and associate dean for medical school admissions at the University of Mississippi Medical Center, in the press release.

NPR reported that Mount Sinai’s students would be tracked during their medical school years, as well as during their careers to collect data on the types of fields they enter, the research they do and the leadership positions they take on.

“If we show that we attract a really innovative group of students, then I think [other medical schools] will follow our lead,” said Dr. Dennis Charney, dean of Mount Sinai, to NPR.

“Mount Sinai is Revolutionizing Medical Education by Eliminating Traditional Pre-Med Requirements and the MCAT for Half of Admitted Students,” prweb.com, February 27, 2013