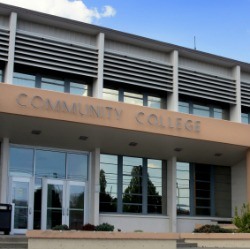 In an effort to be more transparent and accountable as well as improve student services, the California Community College Chancellor’s Office launched a new online tool that allows prospective students—and the public—to view potential earnings for popular programs of study.

As reported by the Los Angeles Times, the online tool is called Salary Surfer and provides aggregated earnings for community college graduates two years before earning a certificate or two-year degree as well as earnings two years and five years after. Salary information is available for 179 programs of study in a wide range of disciplines. For instance, within the biotechnology field, median annual income before earning an associate degree was $12,695. Two years after earning a degree, median annual income was $44,562 and five years after it was $55,673.

According to EdSource, in addition to salary information, the tool will also link to every community college that offers the program of study that a user is researching. The tool was a collaboration between the California community college system and the state’s Employment Development Department.

“We think students are going to look at these tools and it’s going to help keep them in class, keep them focused on their goal because they can see that if they do stay true to their educational goals that there will be a payoff at the end,” explained Harris in EdSource.

According to the Times-Herald, Contra Costa Community College Chancellor Helen Benjamin pointed out that Salary Surfer would also be particularly encouraging for low-income students as it would allow them to see what they could potentially earn if they pursed an associate degree or certificate.

While the tool has great potential to help prospective students, the Los Angeles Times noted that some feel it is not perfect.

“It’s a great first step, but we need to go one step further because ultimately we need to know how well we’re preparing students for industry,” said Leticia Barajas, vice president of academic affairs and workforce development at Los Angeles Trade Technical College, to the Los Angeles Times. “It doesn’t give us a pulse on how well Trade Tech is doing in filling labor needs or how well students are faring after being placed…”

Moreover, Harris also noted that compensation is only one piece of the puzzle and emphasized that prospective students should also consider their passions and interests when making decisions about what field to pursue.

According to EdSource, the California State University and University of California systems have yet to offer such a tool to its students. A UC spokesperson said they are discussing the likelihood of launching a similar tool, while CSU spokesperson Michael Uhlenkamp said individual campuses offer similar information online, and that CSU will pay attention to what is learned from the data collected.