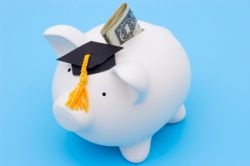 On Wednesday, The Consumer Financial Protection Bureau (CFPB) unveiled a new tool intended to help students and their families compare the costs of attending different colleges.

In light of growing concerns over massive student loan debt, the bureau launched its latest project for its Know Before You Owe program, reported The New York Times. The project is a "comparison shopper" tool that allows users to compare how much college would cost for up to three universities at a time.

"Student loan debt has crossed the $1 trillion mark and tuition continues to climb," CFPB Director Richard Cordray said in a statement that was quoted by Reuters. "Our Financial Aid Comparison Shopper helps students make apple to apple comparisons of their offers and pick the one that works best for their financial future."

According to CNNMoney, the tool pulls data from more than 7,500 state universities, private colleges, community colleges and vocational schools. As noted by The New York Times, users receive an estimate of what their debt is likely to be, based on historical data. The tool can also show users their estimated monthly loan payments and can indicate whether the debt amount is high in relation to the average national starting salary for college grads. Students can personalize their calculations by entering their financial aid information (the default comparison feature does not take any financial aid into account and assumes that all other costs are borrowed).

While the tool is indeed helpful, The New York Times warned that the calculations are still a rough estimate. For instance, CFPG assumes that the total sticker price of a school will stay the same throughout the duration of a student's time there, which has not been the trend . In addition, the tool assumes that students will borrow the same amount every year. Furthermore, debt calculations can be somewhat skewed as some students may receive more or less than the average amount of grants and scholarships.

Rohit Chopra, the bureau's student loan ombudsman, told The New York Times that the tool is still in "beta" and revisions based on public feedback may be implemented in the future. Still, despite some flaws, it does offer a quick, ballpark amount of various college costs, which should help families better understand and evaluate the overall cost differences among universities. However, as CNNMoney reported, the bureau intends to move forward with the tool's launch despite the beta phase, since April is the time in which colleges start sending acceptance letters and students begin the process of determining which school they can afford to go to.