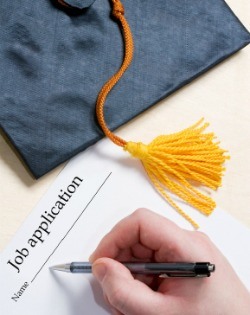 This spring, Georgetown University's Center on Education and the Workforce released a report detailing how a student's major can affect earnings after graduating. Now, in a recent follow up report, the center tries to further analyze the relationship between earnings and education by looking at different levels of college attainment, from less than high school to doctoral and professional degrees.

"On average, people with more education and higher attainment make more than people with less education," said Anthony P. Carnevale, the center's director and co-author of the report.

However, that is not news to most people. As The Chronicle of Higher Education reported, what really surprised researchers was how much of an impact other factors--such as major and occupation--had on lifetime earnings. For instance, although bachelor's degree holders have higher median lifetime earnings than associate-degree holders, 28.2 percent of associate degree holders earn as much as or more than someone with a bachelor's degree.

The difference in earnings is largely due to occupation. Although more education usually equates to better pay, there are some occupations that pay better than others, giving less-educated workers the potential to earn more than more-educated workers in a different line of work--a finding that is closely related to the center's previous report on college majors.

The report also revealed earnings gaps for women and minorities. Insider Higher Ed noted that the report described gender and ethnicity as "wild cards that can trump everything else in determining earnings." Women, for example, earn less than men over a lifetime, regardless of college attainment. In fact, a man who drops out of college and does not earn a degree still earns as much as a woman who has completed her bachelor's degree. Furthermore, researchers found that a woman can surpass what a man makes with a bachelor's degree only by obtaining a Ph.D. or professional degree, reported The Chronicle of Higher Education.

Similar differences can be found within different ethnic groups. White workers earn more than African American and Latino workers at every level of college attainment. Asian workers, on the other hand, take home more than white workers at all three graduate levels (master's, Ph.D. and professional degrees).

Despite the differences, Jamie P. Merisotis, president and chief executive officer of Lumina Foundation, stated in the press release that receiving postsecondary education is still important.

"The vast majority of new jobs require higher skills and if you don't have a college degree, your chances of being in the middle class are visibly diminished," Merisotis said.

Richard Vedder, an Ohio University economist, however, told Inside Higher Ed that the data can be misleading as college completion does not necessarily make a worker successful. Instead, employers may simply perceive workers with more-advanced degrees as having more "human capital". For that reason, Vedder stated that the report should be taken with the appropriate caveats, reported Inside Higher Ed.

According to The Chronicle of Higher Education, the report is based on data from the U.S. Census Bureau's American Community Survey.

"New Study Finds That Earning Power is Increasingly Tied to Education; The Data is Clear: A College Degree is Critical to Economic Opportunity," georgetown.edu, August 5, 2011