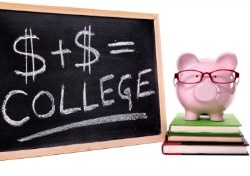 California community college students who take advantage of fee waivers will soon be required to meet new academic and progress standards in order to remain eligible for the financial assistance.

According to a press release issued by the California Community Colleges Chancellor's Office, beginning fall of 2016, students who receive the Board of Governors Fee Waiver will need to maintain a minimum 2.0 grade point average for two consecutive terms as well as complete at least half of the units attempted in that period. If students do not meet these academic standards, they will lose access to the financial assistance. According to the Los Angeles Times, of the 2.6 million students enrolled in California's community colleges, approximately 40 percent take advantage of the Board of Governors Fee Waiver, which waives the $46 per unit fee that the system charges.

The press release noted that the new policy is a key component of the Board of Governors' Student Success Initiative. The initiative is intended to help students graduate more quickly by encouraging them to stay focused and on track. Community colleges will also offer more counseling and support services to help students achieve their educational and career goals. Inside Higher Ed noted that the system has been implementing numerous changes in response to recommendations of a state task force that were approved in 2012. For example, according to the Los Angeles Times, other changes include giving priority enrollment to students who attend orientation sessions and create education plans.

"We will do everything in our power to help students on financial aid succeed, but students need to know that they have a responsibility to keep up their end of the bargain," said California Community Colleges Chancellor Brice W. Harris. "This policy provides students will incentives to meet standards that will ultimately help them achieve their educational goals. It benefits students and it is responsible stewardship of state resources."

If students are unable to maintain the 2.0 GPA, colleges are required to notify students of their probation status within 30 days of the end of the term, according to the press release. Districts are also required to notify those students of available support services and resources. Students with extenuating circumstances can file an appeal. Foster youth are exempt from the policy and the board plans to explore other potential exemptions in the future.

Despite the Board of Governors' good intention, some worry that the new policy could have harmful consequences. According to the Los Angeles Times, as many as 41,791 students could potentially lose the fee waivers. Critics argue that poor students who lose the waiver may end up dropping out of college all together.

"Many poor students who receive the Board of Governor's fee waiver are often in not very good neighborhoods, they have families to support as well as going to college and may be around violence a lot," explained Rich Copenhagen, a College of Alameda student and past president of the Student Senate for California Community Colleges. "If you cut our fee waivers, they're probably going to be gone from community college forever."