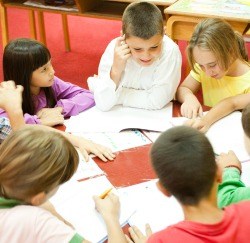 With the economy in a downturn, federal and state governments have the difficult task of balancing the budget. Unfortunately, in the case of California, this task could prove to have negative implications for the state's education system.

As The Sacramento Bee reports, Governor Jerry Brown signed a budget bill on June 27 that significantly impacts education funding. The bill's measures assume that voters will approve a sales tax and an income tax for individuals earning over $250,000 each year. $2.9 billion of the revenue gained from higher taxes would be allocated towards K-14 education, while the rest would be used to reduce the deficit. The California State University and University of California systems would each receive $125 million, provided they freeze tuition for the 2012-2013 academic year. If the measure is not passed, however, K-12 schools would have the option of reducing the school year by 15 days for the next two years, and CSUs and UCs would experience a $250 million funding cut.

According to a press release, the new budget also maintains funding for a second year of high school science. The California STEM Learning Network comments on the importance of preserving funds for STEM education: "Science education is key to our children's ability to compete and our state's reputation as the leading global innovator. All students need to have a solid foundation in these critical subjects in order to be able to compete in the 21st century economy."

SF Gate notes that the budget cuts $29 million in funding from preschool programs, reducing the number of slots available to children in low-income households. The bill also includes reductions in Cal Grants for private and for-profit universities this year and further reductions in the next two years. Non-profit private institutions would experience a 6 percent cut in grants in 2013 and a 10 percent cut in 2014. For-profit institutions would experience a 50 percent reduction in 2013. UCs, CSUs, and community colleges would also suffer reductions in Cal Grants for living stipends and, those who attend occupational or career technical schools and community colleges will see a decrease in tuition assistance and supplies stipends. In NBC San Diego, Tem Darrell Steinberg, Senate President pro, states that the budget cuts are necessary to "get the fiscal house in order."

NBC San Diego notes that despite all of the funding cuts, the goal of the new budget initiative, according to Governor Brown, is to "ensure funding for our schools until the economy improves."