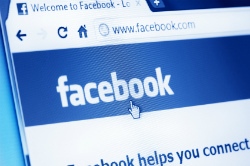 Social activities such as posting status updates and chatting on Facebook are linked to lower GPAs whereas informational activities like sharing links and checking friends' profiles are associated with higher GPAs, a recent study showed.

"Facebook use in and of itself is not detrimental to academic outcome," Reynol Junco, a professor at the Lock Haven University of Pennsylvania and author of the study, is quoted as saying in Mashable. "It depends how it's used."

The study's results were released last week in the academic journal Computers in Human Behavior. For the study, Junco surveyed 1,839 students enrolled at four-year public colleges. He asked how often they used Facebook, what activities they participated in on the site and how much time they spent preparing for classes. He analyzed those answers using the participants' official GPAs obtained from their universities.

The study, called "Too much face and not enough books: The relationship between multiple indices of Facebook use and academic performance," showed students spent an average of 106 minutes on Facebook per day. Every additional 93 minutes past that initial 106 minutes correlated to a GPA drop of 0.12 grade points. Students who invested 279 minutes above the average on Facebook every day dropped in overall GPA by 0.37 points.

"You have to spend an inordinate amount of time on Facebook for it to be related to GPA in a way that is shocking," Junco said in Mashable.

According to a press release, the time a student spent on the social network site only weakly correlated to how much time they spent in class preparation.

Junco's survey results contradict previous data, including a 2009 study conducted by a then-doctoral candidate at Ohio State University that was published by Time, Digital Journal reported. That author found that Facebook use was to blame for low grades and GPAs. Additionally, an analysis released last year suggested a negative correlation between Facebook use and grades, with Facebook being responsible for as much as a 20 percent decline in academic performance, reported The Daily Dot.

Facebook use differs by student, and the online medium can be a tool for helping students learn, Junco noted in Mashable. In fact, he uses it with students for online discussions.

"These results do help educators understand which Facebook activities could prove problematic and which were beneficial, when to target interventions around comparable online and offline behaviors like excessive socializing, and the possibilities of using Facebook to enhance student learning and engagement," Junco explained in the press release.