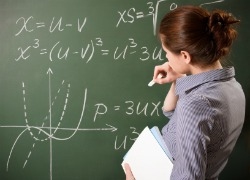 Young math and science scholars will soon have an opportunity to earn a diploma, associate's degree and first dibs at a job with IBM.

As reported by GOOD, the IBM International Foundation, The College of Technology of The City University of New York (City Tech) and the New York City Department of Education are teaming up to open a unique six-year high school. Called P-Tech, or Pathways in Technology Early College High School, the school will allow students to earn a traditional high school diploma. However, if students decide to stay for two more years, they will be able to earn an associate's degree in computer science from City Tech at no cost. Courses will be taught by City Tech faculty during normal school hours and will prepare students for continued education in a bachelor's degree program or a career in Information Technology.

According to Education Week, curriculum will be project-based and will offer workplace learning experiences so that students can gain both academic and career skills. Additionally, students will be supported with mentoring and internship opportunities.

As noted on the school's website, students do not need to take any tests to get in; they just need to have an interest in computers, science and math. Special priority, however, will be given to those who attend an information session.

The Wall Street Journal reported that public-private partnerships in education have become a trend as more big companies, such as IBM, Microsoft Corp. and J.P Morgan Chase & Co., have started to take a more active role in education in order to fulfill their need for skilled workers. In a move that deviates from the company's previous "checkbook philanthropy"--as president of IBM International Foundation Stanley Litow calls it--IBM has played a large role in P-Tech's development, spending $500,000 to help develop the school's website, provide software support and pay for a project manager to help create the curriculum and oversee mentoring and internships.

For decades, corporations have donated millions to schools. Most of the money ends up going towards scholarships, technology and textbooks. Yet, despite these efforts, American teenagers still lag behind other industrialized countries in math and science exams. Litow hopes P-Tech will be a game changer.

According to The Wall Street Journal, the school will be located at the former Paul Robeson High School in Brooklyn's Crown Heights section. It will open its doors in September to 130 ninth graders, approximately 80 percent of whom are from low-income homes, and will add a grade each year until all grade levels are enrolled.