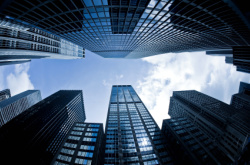 "These were people who willfully misrepresented their situation," says New York Labor Commissioner Colleen Gardner, reports Crain's New York Business. "We've got about a third of them who started a new job and continued to certify for benefits."

Thursday the Department of Labor mailed notices to the debtors, giving them 60 days to either pay or prove they don't owe the money, according to an agency press release. If these individuals don't respond or their payments don't cover the amounts they owe, the Department of Labor will refer their debts to the United States Department of the Treasury for collection. "This is their final warning," Gardner says. She adds that the returned funds will "rightfully serve struggling New Yorkers who are unemployed through no fault of their own."

Recovered monies will go to the New York State Unemployment Insurance Trust Fund, currently operating in the red with a $3.1 billion deficit. "Returning money to the Trust Fund also benefits employers by reducing the amount of federal borrowing needed to reduce the Trust Fund's deficit," Gardner says. The state must begin paying interest on the borrowed money in January. "We have no money to repay it," she adds.

The Department of Labor has tried repeatedly to collect these debts, mailing out annual notices, statements, and warnings. It's pursuing ones between six months and ten years old, but most go back several years, Reuters reports. All of the 80,000-plus people owe at least $25. The average debt is $3,020--10 weeks' worth of unemployment benefits. About half the debtors owe fewer than $500. About one-quarter owe between $1,000 and $5,000.

New York now can pursue federal tax return garnishment to recoup unemployment benefits thanks to federal legislation passed in 2008, per the Department of Labor. This new Treasury Offset Program extends the time states have to do this from six to 10 years. The new authority, beginning in January, applies to all U.S. states that previously only had power to garnish state tax returns. The old system proved inadequate because not all debtors filed state tax returns and individuals' refund amounts often were smaller than their debts.

This new weapon is one of many the New York Department of Labor employs to recover fraudulently obtained unemployment payments. The state will also now compare new hires to unemployment beneficiaries monthly instead of quarterly.

Reuters reports that of the 10 geographic regions to which the labor agency sent final notices, New York City has the most unemployment insurance debtors--29,709. Collectively, they owe about $54 million.