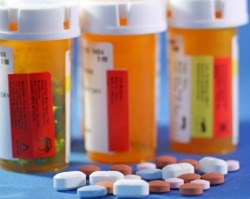 As college students look for ways to cope with academic demands, many are choosing to take extreme measures to get ahead. According to Headlines & Global News, students are increasingly using prescription stimulants like Adderall and Ritalin to stay focused for prolonged periods of time. While these drugs are typically used to treat individuals with Attention Deficit Disorder, or ADD, students without the disorder may be seeking out a doctor's prescription with the hopes of maximizing focus and concentration on their school work.

Sometimes called "academic doping," this intentional drug use has caused concern among academics and lawmakers. In an effort to curb the number of students abusing stimulants, New York Senator Charles Schumer has asked his state's colleges to impose stricter rules for students acquiring the drugs. According to CBS News, some of the reforms suggested by Schumer include requiring in-depth monitoring of students prescribed stimulants on-campus, time management and procrastination workshops, and student counseling sessions covering the potential side effects of the drugs.

In addition to tightening standards for how and when the drugs are prescribed, Senator Schumer wants to make it difficult for students to share with their friends. As proof that change is needed, he also points to several studies that estimate that between 15 and 35 percent of college students have used stimulants as a study tool.

"For somebody to call up and say 'well, my doctor prescribed it at home, send me pills, here's the prescription number…' that's not good enough," Schumer told CBS News. "If a student gets 100 or 200 Adderall pills, even if they are legitimately entitled, they may lend a bunch to their friends."

Schumer cites drug side effects and the potential for addiction as a looming crisis for students using the drugs, according to My Fox New York. However, the senator did acknowledge that the use of stimulants can be appropriate for students under certain circumstances.

"When used properly to treat a legitimately diagnosed attention disorder, drugs like Adderall and Ritalin can help students focus and learn, but all too often these cases are the minority on college campuses," Schumer said during a recent news conference, as reported in My Fox New York. "Plain and simple: using Adderall as a study drug is academic doping, and what's more, it can lead to abuse and serious negative effects like depression, anxiety, and in some cases, psychosis."

With as many as 1 in 3 students using stimulants to aid their studies, Schumer argues that now is the time for colleges to begin cracking down on stimulant abuse. Instead of turning to prescription drugs, Schumer suggests studying with the help of over-the-counter products and some good old-fashioned caffeine.

"There are better ways to pull an all-nighter and stay up. There's coffee, there's things like NoDoz," said Schumer, as reported in CBS News.