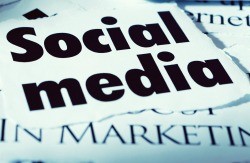 It's not uncommon for college students to browse through their news feed or update their status during a boring lecture. Some new classes at Newberry College, however, may actually require students to spend class time on Facebook and other social media platforms.

A press release from the school revealed that the Department of Arts and Communications is introducing a social media major and minor for undergraduates. Set to launch in Fall 2013, the interdisciplinary program will draw from concepts in graphic design, communications, business administration, psychology, and statistics. There will also be four new courses specifically designed for the new major. Students in the program will examine social media techniques, develop marketing and branding strategies, and study the development and direction of social media as an industry. WACH added that students will also delve into mobile marketing by designing their own QR codes for smart phones.

Tania Sosiak, founder of the program and Associate Professor of Graphic Design and Social Media at Newberry, provided examples in the press release of skill sets that students can gain: "Students will be able to do many things both analytically and creatively. Collect and study data, market, create, design, broadcast and develop are just some of the skills a graduate will have as a part of their social media toolbox."

As mentioned in WACH, Sosiak developed the major in response to a rising demand for social media careers. Data cited in the press release confirmed this demand. Netpop Research noted that social media use in the United States has risen by 356 percent in the past six years, and Dreamglow.com expects social media advertising to "grow to $5 billion in 2012, with 25% targeting local social advertising."

Despite demand for the major, there are still concerns regarding the quality and success of the program. Sosiak mentioned in WACH that a major challenge will be the constantly evolving media platform. "Each semester the technology is new, so the textbook is obsolete, so I'm challenged as well as all of the other professors," Sosiak said. Darren Schreiber, a political science professor at UCSD, discussed this issue in the Independent Voter Network, asserting that the goal of the program should focus more on building a skill set than learning how to use certain platforms.