Research Shows That No One Really Benefits From Performance Reviews 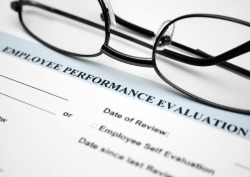 For most people, performance reviews are not fun, but we have all accepted that they are necessary. Recent research, however, shows that they actually do little to motivate employees to improve the way they work.

PayScale reported that researchers from Kansas State University, Eastern Kentucky University and Texas A&M University examined how employees responded to negative feedback given during a performance review. They hypothesized that workers who wanted to learn and develop their skills would respond positively to constructive criticism. The researchers interviewed 234 university workers and asked how they felt about their performance reviews three months earlier. The Washington Post noted that participants were also asked a series of questions to determine what type of goal orientation each person had. The researchers were surprised to find out that their hypothesis was wrong.

"Some people want to learn as much as possible. They want to just do well for their own sake," said Satoris Culbertson, one of the researchers from Kansas State University, in The Washington Post. "…We thought if anything they'd be able to take [negative feedback] and apply it to their own jobs, but they simply don't like negative feedback, either."

Culbertson explained in The Washington Post that even if a manager means to give an employee a positive review, "for a really strong performer, getting a four on a five-point rating scale can be devastatingly bad… you have to think about what the person is seeing. We can't just put a number on it."

U.S. News & World Report also noted that it is up to the employee to look at the big picture and to be a good listener.

"This conversation is for the purpose of helping you become more successful," said Peter Handal, chairman and CEO of Dale Carnegie Training, in U.S. News & World Report. Handal went on to say that you and your manager are in it together, since it is also in your manager's best interest that you do your job well.

Handal also noted that some managers may not be the best communicators, so it is important to not get defensive and instead carefully listen to what is really being said. If you still do not understand, ask your boss to provide specific examples of where you can improve as well as examples of something you have done well.

"Take a deep breath, be calm and think there must be some value to this conversation," said Handal in U.S. News & World Report.

"How to Bounce Back From a Negative Performance Review," money.usnews.com, January 28, 2014, Vicki Salemi, http://money.usnews.com/money/blogs/outside-voices-careers/2014/01/28/how-to-bounce-back-from-a-negative-performance-review