No Snacks? No Lab Section, Says One Sac State Professor 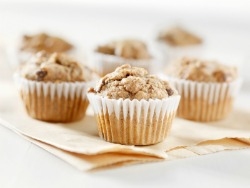 If students don't bring the snacks to instructor George Parrott's laboratory section each week, he reprimands them by walking out and having them lose that week's instruction, reported Inside Higher Ed. The class' teaching assistant also walks out with him. The two were reported as heading out to breakfast last week after students showed up snack-less.

According to The Daily Mail, Parrott said that snacks help keep glucose levels up, which promotes mental alertness. However, what's more important, he explained, is that baking snacks for section teaches students to work together, take responsibility for their actions, and helps students connect with one another, which is particularly important at a commuter school like CSUS.

The ground rules for the snacks are that two students are responsible for the day's provisions. They must follow up with one another to ensure the snacks are brought. Generally, each student brings a snack to their laboratory section once or twice in a semester.

"The ethos I'm trying to promote is incredibly important," Parrott is quoted as saying in The Daily Mail. "It may not be appreciated, and that's even more unfortunate. It speaks to their lack of understanding of higher education."

Students are aware of the requirements and consequences early on. As The Sacramento Bee reported, a handout is given to students on the first day of class, which includes the snack guidelines: "Not having a snack = no Dr. Parrott or TAs. Now you are responsible for your own lab assignment." The handout also breaks down snacks into 'good ideas' (for example, healthy options such as homemade baked goods and fruit platters) and 'bad ideas' (packaged snacks), according to The Daily Mail.

Parrott, a psychology instructor at CSUS since 1969, started instituting the snack rule not long thereafter. In fact, according to The Daily Mail, Parrott has used the snack system for some 39 years. So it's not hard to imagine that last week's walk-out from class was not the first. One day last month, he reportedly walked out on another laboratory section after students forgot to bring snacks, Inside Higher Ed reported.

According to The Sacramento Bee, Parrott's rule has upset some students, who reportedly missed out on review time for a midterm.

"Our education isn't worth food, it's for us," student Francisco Chavez is quoted as saying.

Still, Parrott insists that there are a number of other benefits from having snacks in class. For instance, the lab classes are three hours long and students become hungry, he explained to Inside Higher Ed. He is also quoted in The Sacramento Bee as saying that the cost of bringing food to class is offset by the approximately $200 the students save by not buying a class textbook.

"This is also designed to relieve financially strained CSUS students from typical costs for texts and to provide each student the token resources to buy, bake or otherwise access the snacks/goodies when their once per semester turn would occur," he said in The Sacramento Bee.

The lab class in question reportedly has 52 students, according to Inside Higher Ed. University officials have said they will investigate the allegation after several students complained, according to The Daily Mail. But the question remains: Who partakes of the snacks?

"In the last month, I've had one mini cupcake and maybe six or eight carrot sticks," Parrott said.

"College Professor Walks Out Of Class Because He Won't Teach Without Snacks," dailymail.co.uk, November 13, 2011