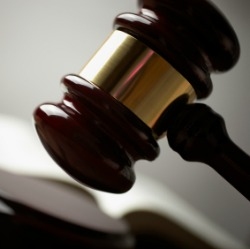 Campus officials often insist that student disciplinary hearings are not court proceedings, and only serve to teach good citizenship, reports Inside Higher Ed. A new law in North Carolina suggests otherwise. The shift is drawing cheers from student advocacy groups -- and trepidation from college officials.

Last week the North Carolina Governor Pat McCrory signed a new law that would give public university students the right to hire an attorney when facing non-academic disciplinary charges in campus judiciary hearings. Certain proceedings -- like those dealing with plagiarism or run entirely by students -- will be exempt. The Foundation for Individual Rights in Education, or FIRE, which advocated for the bill, reports that the law is the first of its kind in the nation, and according to FIRE Vice President Robert Shibley, will protect the rights of students who previously may have faced serious charges without legal representation.

"Students across America are regularly tried in campus courts for serious offenses like theft, harassment, and even rape," said Shibly, adding that being labeled a felon and expelled from college carries serious, long-term consequences. "Because the stakes are so high, students should have the benefit of an attorney to ensure the hearing is conducted fairly and by the rules."

North Carolina State Rep. John R. Bell IV, who supported the law, suggested to The Washington Free Beacon that it could also help students more confidently navigate what might otherwise be a terrifying ordeal. He said it gives students a level playing field "when facing down a room full of deans, administrators, and university lawyers when accused of a campus crime."

But according to Inside Higher Ed, not everyone is singing the new law's praises - especially school administrators who believe the law undermines the purpose of the hearings.

"A key component of the developmental process of responding to student misconduct is for the student to take responsibility for their own behavior and to learn from the incident," said Bill Haggard, vice chancellor for student affairs at the University of North Carolina at Asheville. He said turning disciplinary hearings into legal proceedings relieves students of taking that responsibility. "It's obviously something that most student affairs professionals are not that crazy about."

Chris Loschiavo, president of the Association for Student Conduct Administration and director of student conduct and conflict resolution at the University of Florida, told Inside Higher Ed that he is also concerned that because students pay for their own representation, those who cannot afford lawyers will be at a disadvantage. "Whoever's able to hire the best and most expensive attorney is likely to win the day," he said.

However North Carolina administrators feel about the new bill, they have already begin revising their conduct codes and other materials to reflect the new student right. Inside Higher Ed reports that UNC distributed a system-wide advisory last Friday clarifying the law and offering guidance on how to write it into campus policies.