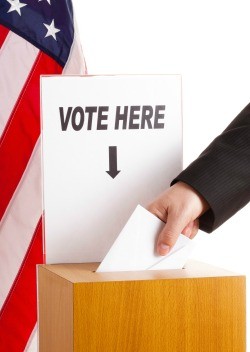 Last month, the U.S. Supreme Court struck down Section 4 of the Voting Rights Act, giving a number of Southern states more flexibility when creating new voting laws. At least one state has wasted no time in drafting a new, stricter voter ID bill -- one critics contend might suppress the college student vote.

The Charlotte Observer reports that North Carolina Senate Republicans presented a new voter ID bill last week that would significantly restrict the types of photo identification accepted at the polls. The new measure would permit just seven types of photo identification issued by the government and would bar use of student ID cards from UNC system colleges and state community colleges.

"We want a state-issued ID or a federal-issued ID," Senator Tom Apodaca, the bill's chief supporter, told the Charlotte Observer. He said college IDs "could be manipulated" and make it possible for out-of-state students to vote in two states. He said anyone eligible to vote can acquire a free photo ID, if necessary.

Still, some accuse the GOP of attempting to suppress the student vote to shift future elections in its favor. The Charlotte Observer reports that North Carolina's youth vote helped President Barack Obama win the state in 2008 and keep a narrow margin of defeat in 2012.

"They are adding as many hurdles as possible," state Representative Duane Hall, a Raleigh Democrat, told the Charlotte Observer. He said not allowing college IDs is one of the "more pointedly partisan pieces of it because they know college students tend to vote more Democratic than Republican."

According to The Nation, any strict voter ID legislation is more likely to affect Democratic than Republican voters: of the 316,000 registered North Carolina voters who do not have a state-issued ID, 55 percent are registered Democrats. A number of additional measures have been discussed that could still be added to the bill, including eliminating early voting, ending same-day registration and penalizing the parents of students who vote where they go to school. The North Carolina GOP contends that stricter guidelines are necessary to prevent voter fraud.

"This bill restores clarity, transparency and confidence in the voting process," Senate leader Phil Berger said in a statement supporting the measure, as reported by The News & Observer. "It curtails questions of voter fraud by folks on both sides of the aisle and helps ensure every candidate wins or loses on his or her own merits."

But according to The Nation, voter fraud in North Carolina is very rare: millions of ballots were cast between 2000 and 2010, and the state only prosecuted two cases of voter impersonation during that time.

The News & Observer reports that the new law would not take effect until 2016, though some educational provisions would take place in 2014. According to the Charlotte Observer, the House has created its own voter ID legislation, which is described as less strict, and has not yet agreed to the Senate measure.