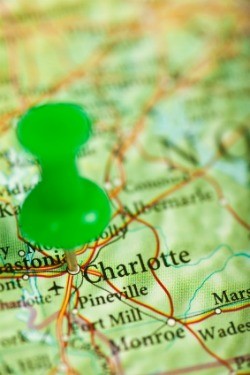 Administrators from Boston's Northeastern University launched the opening of a branch campus in Charlotte, N.C. earlier this week as part of a plan to expand reach while meeting the needs of graduate students in specific areas.

The plan is one that allows the school to follow a more entrepreneurial model of education, according to The Chronicle of Higher Education. Other Northeastern branch campuses are planned for Austin, Texas; Minneapolis; Seattle and Silicon Valley with the Seattle campus potentially opening next year.

It is not common for schools to open up branches in sites that are hundreds of miles away from the main site, noted Inside Higher Ed, especially with the growth of online education proving competitive. However, remote campuses allow schools to reach students in need of particular forms of education, something that for-profit schools, such as the University of Phoenix, have already taken advantage of.

"With hybrid models and online offerings, there's a lot more competition for students nowadays," Charles Bird, a former University of Ohio administrator told Inside Higher Ed. "Schools are really challenged to get students enrolled so they can have the enrollment they need to be financial healthy. Branch campuses are one of the tools to do that."

The city was chosen after administrators found that the region did not offer the same number of graduate degrees as compared with those available in similar-sized cities. As Northeastern administrators planned their expansion into Charlotte, they talked to local business leaders to find out what was needed, reported the Charlotte Observer. That is why, when classes start in January of the new year, master's degrees in education, health informatics, sports leadership and five other programs will be available and target potential community needs. A doctorate in education is also expected to be offered starting sometime next year.

Northeastern University initially invested $60 million in the project, the bulk of which went to hiring new faculty, according to the Chronicle of Higher Education. The city is also considered promising for those seeking advanced education since it is home to seven of the state's 15 2011 Fortune 500 companies, including Bank of America Corp.

The city has a wide offering of undergraduate classes, some coming through the University of North Carolina, Charlotte as well as other schools. However, the same is not true for graduate education. Northeastern's expansion into Charlotte could help.

"Many of these cities [like Charlotte] have a demographic for the adult learner that is high and increasing," Philomena Mantella, Northeastern's senior vice president for enrollment management and student affairs said in The Chronicle of Higher Education. "And at the graduate level, the options and offerings are limited. The capacity needs to be built."

Administrators plan to offer a hybrid model of education at the branch campus that includes both campus and online learning.

"We want the model to be flexible," Joseph Aoun, Northeastern's president was quoted in Inside Higher Ed as saying. "This is going to be student-centered."

The school is expected to reach about 2,000 students once it's functioning at full capacity. It could also offer up to 20 programs by the end of 2012. The cost for programs is expected to be comparable to those offered at Northeastern University: $24,000 to $65,000, Inside Higher Ed reported.

"Northeastern U. Opens the First in a Planned Series of Graduate Campuses Across the U.S.," chronicle.com, October 31, 2011, Colline Eaton