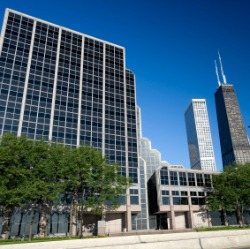 In light of a shrinking job market and a decline in applications, one top law school announced it would reduce the size of its incoming class; a move that suggests that the legal industry is still struggling to return to its pre-recession prosperity.

Bloomberg Businessweek reported that Northwestern University School of Law will cut its incoming admissions by 10 percent, which equates to approximately 20 to 25 students. Daniel Rodriguez, dean of the school, made the announcement Monday in an open letter. Rodriguez explained that three primary factors were behind the decision: fewer job opportunities for graduates due to a decline in hiring at law firms as well as the outsourcing of some legal jobs; the burden of loan debt on law school graduates; and a national decline in law school applicants.

According to Rodriguez, this year alone law schools received 20 percent fewer applications and there has been an estimated 38 percent decline in applications since 2010. According to The Wall Street Journal, a number of other law schools have taken similar action. In fact, a Kaplan Test Prep survey conducted last summer found that 51 percent of U.S. law schools had cut their admissions. Though the survey did not identify which schools made cuts, The Wall Street Journal noted that George Washington University, University of California, Hastings College of the Law and Creighton University were examples of such institutions.

Bloomberg Businessweek noted that the Bureau of Labor Statistics predicts the economy will create 75,000 new legal jobs in the next decade. Meanwhile, law schools will graduate some 40,000 students annually. These graduates left with an average of $100,433 in debt, according to a 2012 U.S. News & World Report survey.

While Northwestern’s JD program has not felt the effects of these issues as severely as other law schools, Rodriguez admitted that the institution is not immune to the grim reality of the legal profession.

“We are not immune… And we are not going to ignore the ways in which the legal economy affects our alumni, current students, and prospective students,” he wrote in the open letter.

As The Wall Street Journal reported, the downsizing trend among law schools may also be motivated by a desire to maintain school rankings.

“The worry is that if you try to fully subscribe your class, your median admissions statistics will drop and you’ll plummet in the rankings. And then it’ll be even harder to attract students,” explained Bill Henderson, a law professor at Indiana University in The Wall Street Journal. Henderson added that any law school that can afford to reduce its class size would likely consider doing so in order to “hang on to those statistics.”

According to the open letter, Northwestern will also moderate tuition increases. For the 2013-2014 academic year, tuition will increase by just 3 percent. Such an increase is likely to be on the low end for top law schools. The school will also increase need- and merit-based financial aid by at least 25 percent over the next two years in an effort to alleviate student loan debt after graduation. Lastly, the school will explore and implement cost-saving measures that will increase efficiency without compromising academic quality.

“At Northwestern Law School, we know that a first-class, innovative legal education need not be provided with insufficient regard to students’ economic circumstances. We can be great and efficient, elite and compassionate,” wrote Rodriguez in the open letter.