November Jobs Report: Modest Gains and a Drop in Unemployment 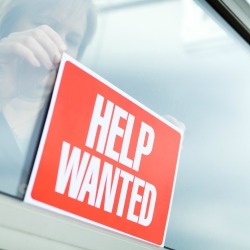 Hiring continued in the month of November and the unemployment rate fell, according to the Labor Department’s monthly jobs report. These gains, however, were not very impressive and experts are still concerned about the slow economic recovery.

As reported by CNNMoney, the U.S. economy added 146,000 jobs last month, which was much higher than the 77,000 jobs that economists surveyed by CNNMoney had predicted. The unemployment rate also fell from 7.9 percent in October to 7.7 percent—the lowest figure since December 2008. This decline, however, was largely due to a shrinking labor force as more workers stopped looking for employment.

While it is encouraging that U.S. employers have continued to hire, many experts pointed out that the growth has not been enough. This year’s average of 150,000 jobs a month has been strong enough to keep up with population growth, but has not made a significant impact when it comes to recovery.

“At this rate of job growth, it will take us more than 10 years to get back to pre-recession unemployment rate,” stated Heidi Shierholz, an economist for the Economic Policy Institute, in CNNMoney.

Other experts agreed that the November jobs report is nothing to celebrate.

“It’s not something to get excited about,” said Nigel Gault, chief United States economist for IHS Global Insight, to The New York Times. “The number is 146,000 and the average so far this year is 151,000. We’re pretty much in line with what we’ve been doing.”

According to CNNMoney, the largest gain was seen in the retail sector, which accounted for more than a third of job gains last month, as employers prepared for the holiday shopping season. Professional business services added 43,000 jobs, while health care hired 20,000 workers. However, The Wall Street Journal reported that these gains were offset by losses in manufacturing and construction, which eliminated 7,000 jobs and 20,000 jobs in November, respectively. CNNMoney noted that economists expect construction jobs to eventually return due to upcoming Superstorm Sandy recovery efforts. According to The Wall Street Journal, Sandy had little effect on the November jobs report, despite damage that shut down some businesses and operations for weeks.

The Labor Department also revised growth for previous months, noted The New York Times. October job gains dropped to 138,000 from its initial report of 171,000 and September was revised downward to 132,000 from 148,000.

Despite the lukewarm report, The Wall Street Journal did highlight some good news—the market was not thrown off by concerns about the “fiscal cliff.”

“The big relief is that the fiscal cliff did not have the negative impact on hiring that we all feared,” said Torsten Slok, chief international economist at Deutsche Bank, to The Wall Street Journal.

Still, there is concern that uncertainty will start to take its toll and The New York Times noted that the budget impasse could lead to weak growth in early 2013.